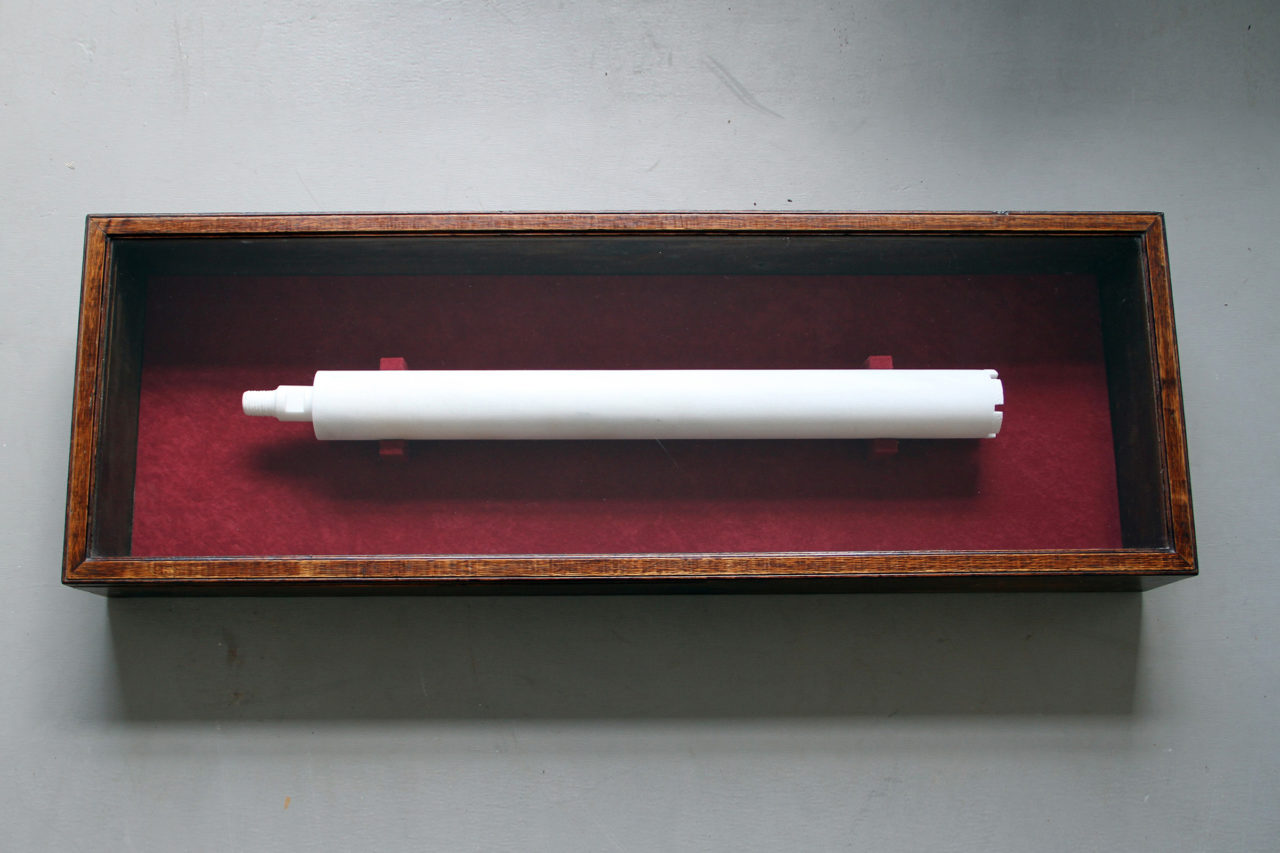 'Inside Out' is a copy of a core sample diamond drill used for testing stone quality and geological layer research. The drill is made out of a sample that was taken at the quarry of Carrara, Italy, one of the most renowned extraction sites since the time of Ancient Rome. At the end of the 19th century, Carrara became the cradle of anarchism in Italy, in particular among the quarry workers. Many violent revolutionists, ex-convicts and fugitives from justice who had been expelled from Belgium and Switzerland went to Carrara in 1885 and founded the first anarchist group in Italy. The work at the quarries was so tough and arduous that almost any aspirant worker with sufficient muscle and endurance was employed, regardless of their background. Anarchism and general radicalism became part of the heritage of the stone carvers.