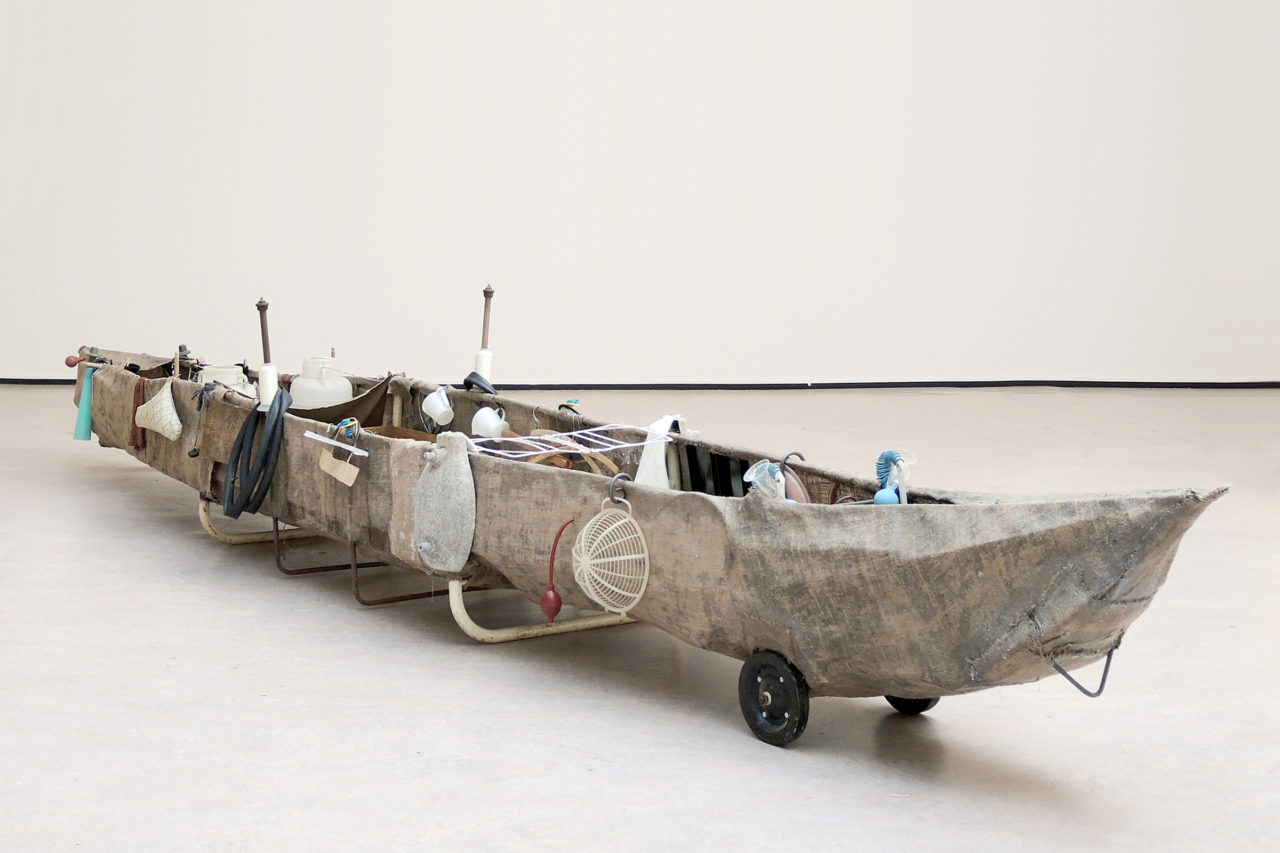 A long narrow boat is constructed entirely with pairs of objects, as if it were reflecting itself. It references the biblical story of Noah, who loaded the Ark with male and female pairs of animals so that once the impending floodwaters subsided they could multiply and restock Earth. Though it hints at a new deluge the title also suggests the possibility of an afterlife.

'The Other Side' is made up of vestiges of a person’s life. It contains a vast number of things that Maarten Vanden Eynde’s mother, Beatrijs Lauwaert, collected in the course of her life and career as an artist. It is both a reflection of herself and of the residue of a late-twentieth-century and early-twenty-first-century human. The Zeeuws Museum in the Netherlands catalogued every item that makes up the work, as it would with any other object in their historic collection, and also included personal stories from the artist’s mother relating to the history, origin or specific use of the various objects.