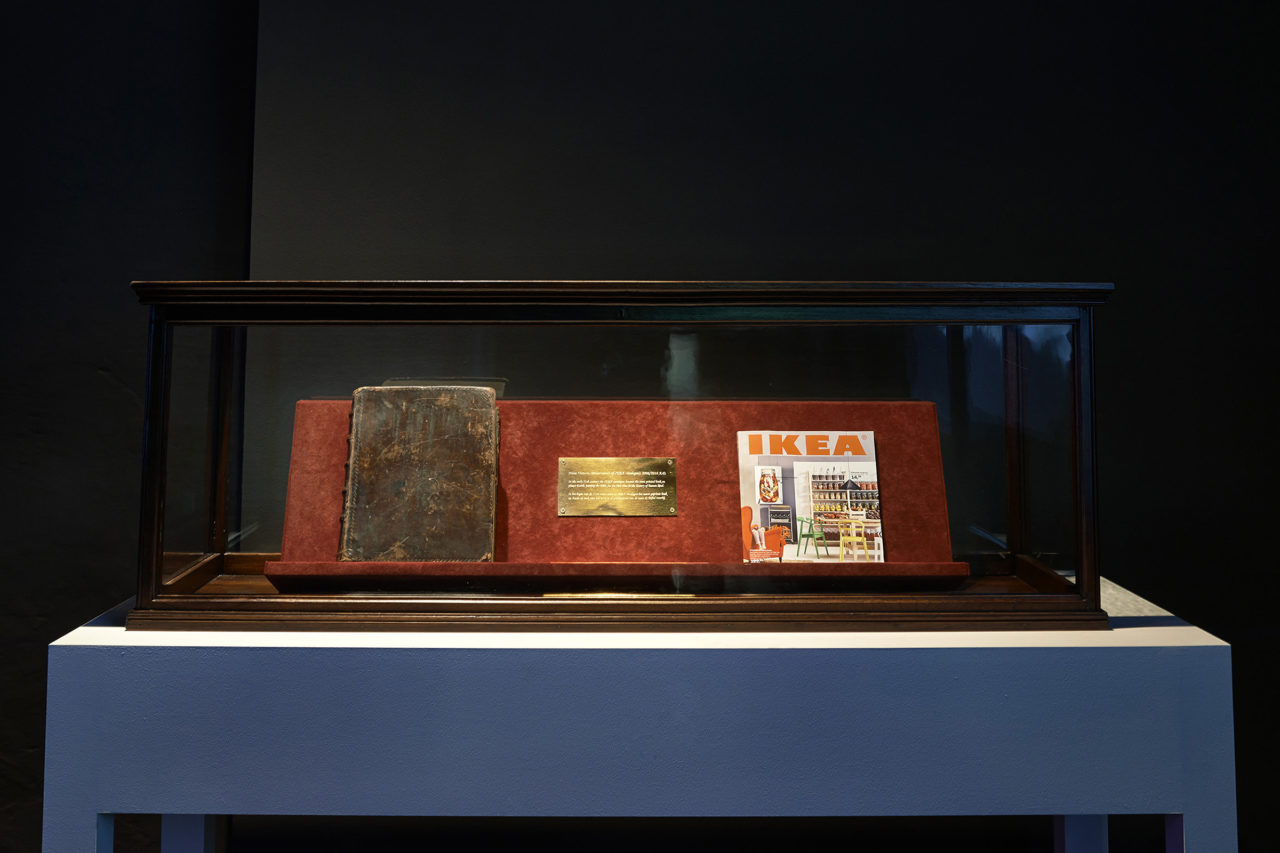 In 2005 the IKEA catalogue print run exceeded that of the Bible which, with an estimated 100 million copies a year, had the world’s largest annual print production. Today more than 200 million copies of the IKEA catalogue are printed annually and published in 41 countries in 30 languages. In 2008, to mark the opening of a new branch of IKEA in Ghent, Jo Vermaerke, the deputy store manager, placed the newly published 2009 IKEA catalogue in a showcase in Het Pand, a former Dominican monastery, now part of Ghent University, alongside a Bible from 1556 to conserve them together for posterity. The brand-new catalogue was titled LEEF NU (LIVE NOW).

'Nova Victoria' was remade for the Zeeuws Museum in the Netherlands with a Luther Bible from 1748, the year that Pompeii was discovered, and a 2014 IKEA catalogue.