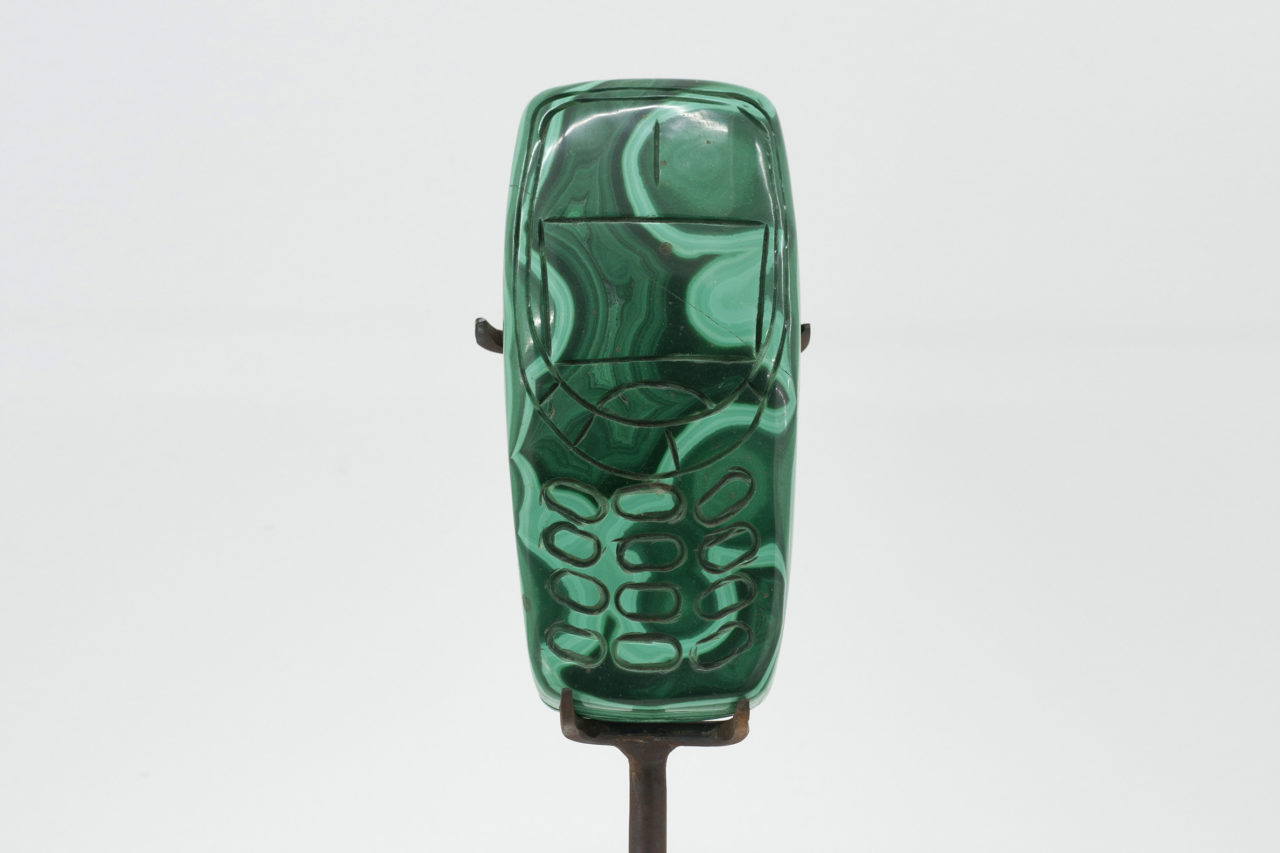 Copper is the most commonly used metal in any telephone, weighing more than all the other metals combined. It represents on average 12% of the total weight of every phone. Malachite, a lucrative ore, contains a high percentage of copper (up to 57%), which gives it its characteristic dark green colour. 'Malachite Mobiles' was an intervention in the local tourist sculpture market in Ruashi, DR Congo, and a proposal for possible mutual economic stimulation. Usually, local artisans make animals (elephants, crocodiles, frogs, amongst others), ashtrays and miniature maps of Congo or Africa from malachite but nothing relating to its industrial use.

The malachite models of mobile phones that were introduced into the sculpture market were made in collaboration with Fillot Ngoyi Makelele and Augy Ngoyi Twite for the fourth Lubumbashi Biennial in the DR Congo in 2015. They are still displayed and sold on the local tourist market next to the animals and ashtrays, though as decorative items rather than works of art. They refer to both the end product – the mobile phone – and the origins of the metal used in the manufacturing process. Malachite is also known for its healing powers in heart chakra rituals. It is said to block negative radiation from electrical devices like computers and phones.