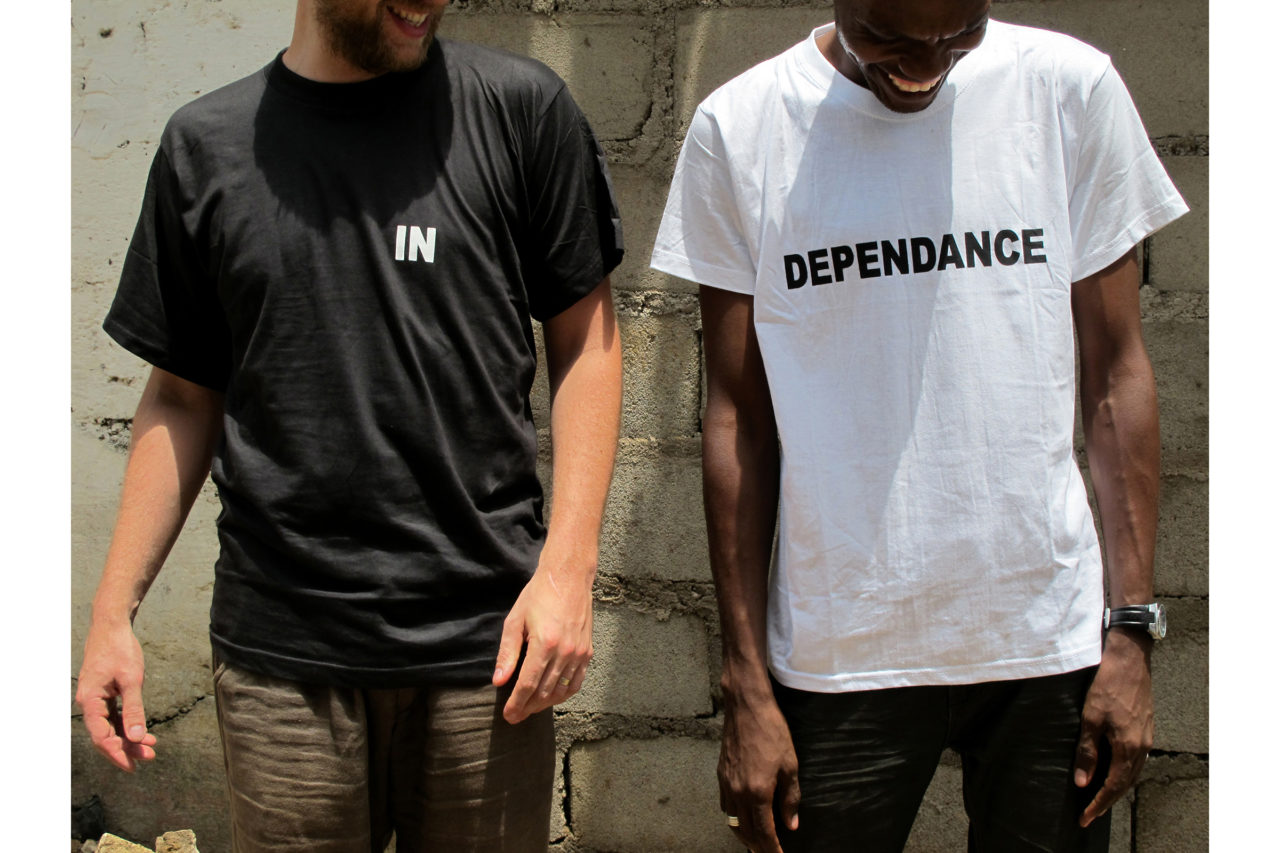 Taking the 50th anniversary of the independence of seventeen Africancountries as a starting point, the aim of this project was to stimulate dialogues about a variety of notions of independence, be they individual, political or artistic. In December 2010, fifty pairs of T-shirts, one black and one white, were distributed to mixed pairs of participants in the SUD Salon Urbain de Douala triennial in Douala, Cameroon. 'In_Dependance' is the result of a collaboration with the Cameroonian artist Alioum Moussa.

In 2017, as part of the Brussels biennial festival of performance art, Performatik, a seven-day performance took place in Brussels in front of the Théâtre de la Monnaie (Muntschouwburg) on the Place de la Monnaie. It was here, in 1830, that riots sparked by the nationalist opera 'La muette de Portici' then playing in the Théâtre de la Monnaie ultimately led to an independent Belgian state. During the course of the biennial 750 pairs of T-shirts were distributed throughout the city. The artists welcomed people in a mobile sculpture, created by crashing two caravans into one another to form an open space in which conversations were held about differing notions of dependence and independence. On a wall in the Kaaitheater in Brussels, the organiser of Performatik, a growing collection of photos and pertinent quotes from the exchange was displayed.