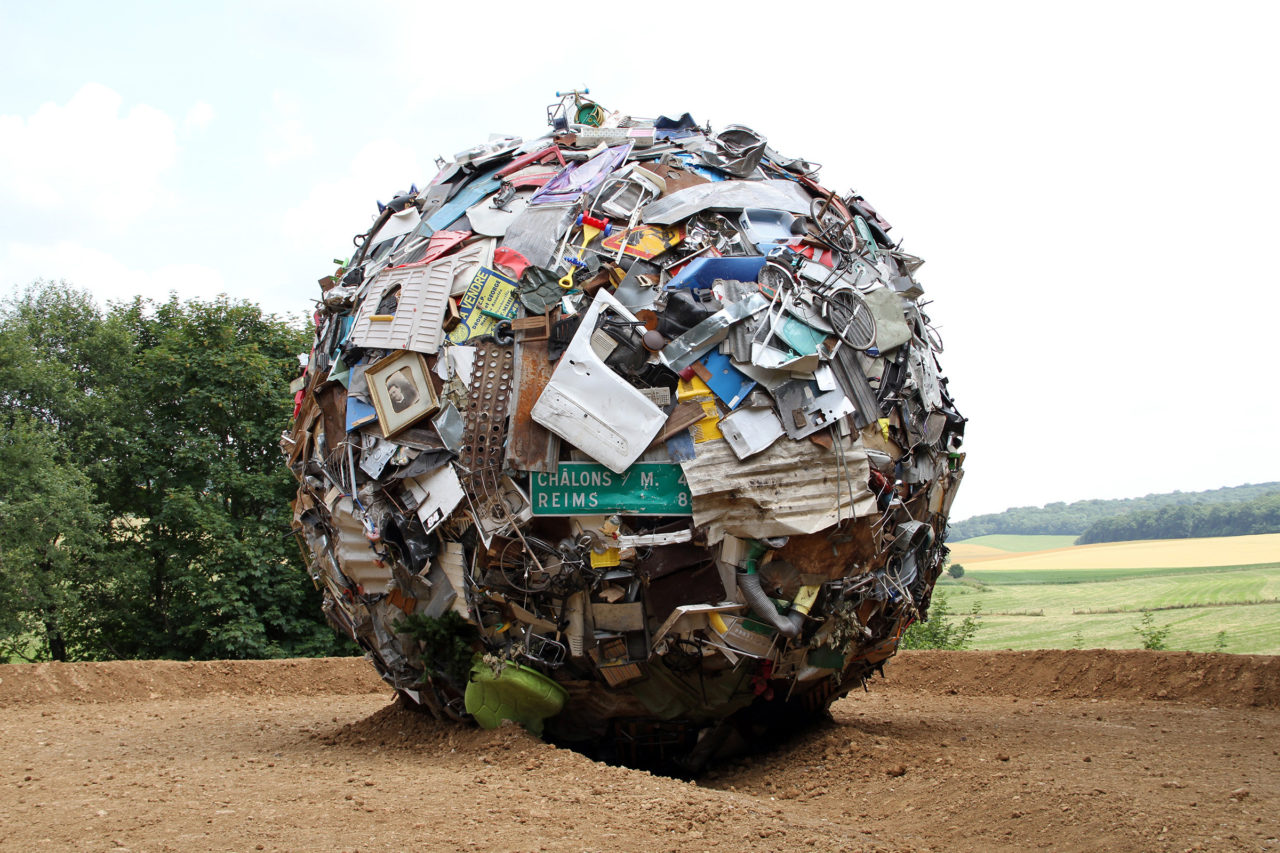 The notion of ‘progressive obsolescence’ entered product design strategy in the first half of the twentieth century as manufacturers started making calculated efforts to generate demand. They used constantly changing fashions and manipulated the popularity of particular colours in order to stimulate buying. In the 1930s the light bulb became the first product to have its function intentionally limited to a specific finite period as an impetus to sales. But it was not until the 1950s that built-in obsolescence began to be practiced on a scale so colossal that man-made consumer goods would form a new geological stratum. Today, as part of what is termed the ‘Great Acceleration’ – the dramatic exponential growth rate across a large range of measures of human activity – practically every product has a limited lifespan.

'Globe' is a gigantic sphere, 8.5 metres in diameter, made from different kinds of scrap and rubbish found in and around Saint-Mihiel, France. It symbolises our constant urge to accumulate material goods and the resulting problem of what to do with them when they break down or no longer serve their purpose. 'Globe' is situated on the old rubbish dump of the small village Rupt-devant-Saint-Mihiel, both demarcating and commemorating that particular space and its history.