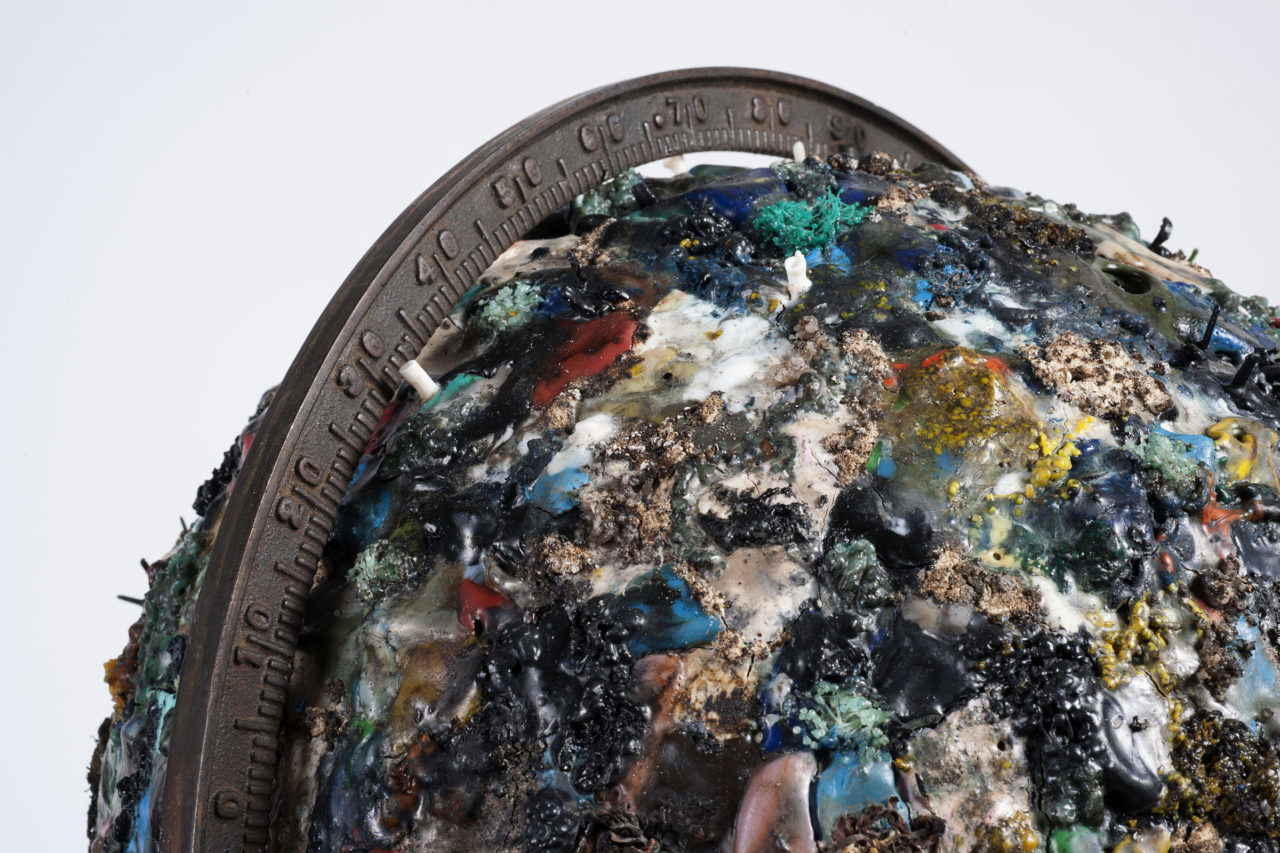 Abraham Ortelius, a famed Flemish cartographer and, in 1570, the creator of the Theatrum Orbis Terrarum – the first modern atlas (though it was not then referred to as such) – was the first to speculate that the continents as we know them today might once have been part of a single vast supercontinent, later named Pangaea, from which they drifted away.

'Continental Drift' is a globe entirely covered by melted plastic taken from the huge accumulations of debris caught in the five major oceanic gyres. These massive aggregations of plastic waste are growing so greatly in size and mass that plastic is now the most common surface feature
in the world’s oceans.