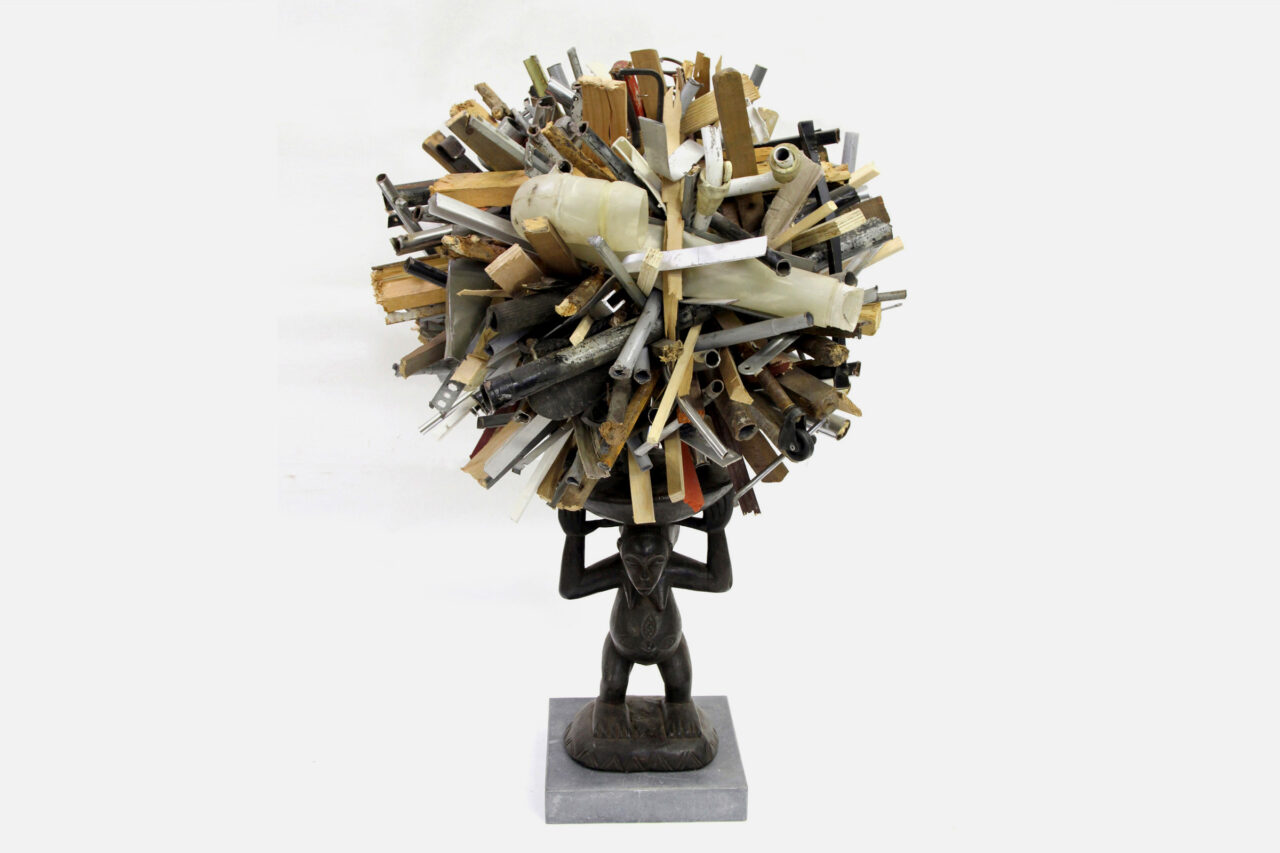 In Greek mythology Atlas was one of the Titans who battled with the Olympian gods. When the gods triumphed, Zeus sentenced Atlas to hold up the sky for eternity, which is how he is often represented – a muscle- straining figure supporting the heavens on his shoulders. In Antiquity, Atlas was said to have invented the first celestial sphere and, according to some, astronomy itself. The term ‘atlas’ in the sense that we know it today – a collection of maps – was first used in the late sixteenth century by the Flemish geographer Gerardus Mercator.

'Mamamundi' replaces the uber-masculine Atlas with a female version that credits under-recognised and undervalued matriarchal societies in which woman rule. On her head she carries a world of recycled scrap materials, referencing the widespread Western habit of dumping discarded consumer goods in the Global South.