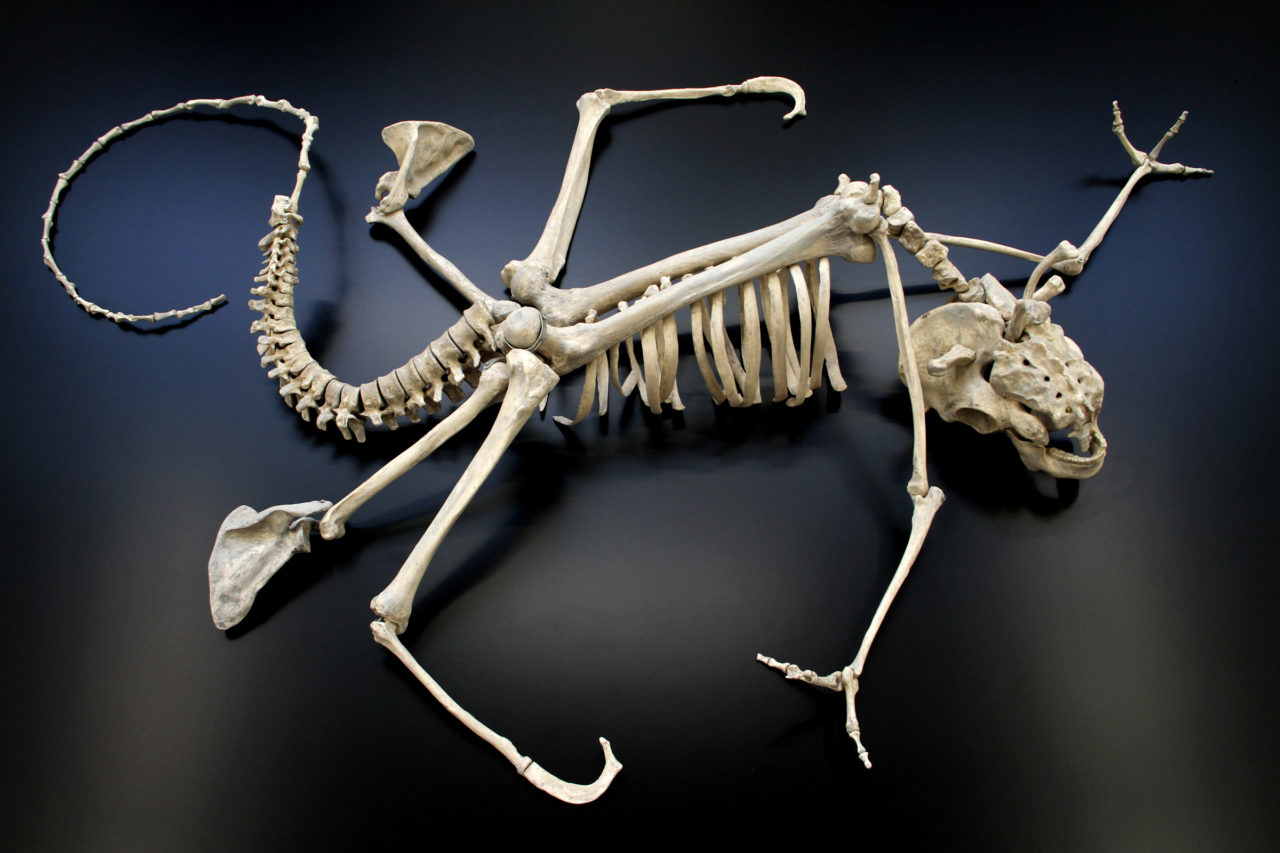 Seen from a distance in either time or space, we can only conclude that a species that initiates, studies and neglects its own decline by destroying its natural habitat is not greatly deserving of praise or acclaim. The only other organisms on earth that ruin their own environment to an extent that results in their self-destruction are bacteria and viruses.

'Homo stupidus stupidus' is a human skeleton that has been taken apart and put back together again in a different and rather puzzling shape that bears little relationship to human anatomy despite our knowledge of it. It is a critical comment on the human arrogance that declares itself doubly wise – Homo sapiens sapiens – and names after itself an entire geological era, the Anthropocene, to represent its own influence on Earth. 'Homo stupidus stupidus' questions the extent of human self-awareness, of self-knowledge of where we come from, how we evolved, and where we are going. The work symbolises our inherent failure in understanding ourselves or predicating our future on the basis of our past and present.