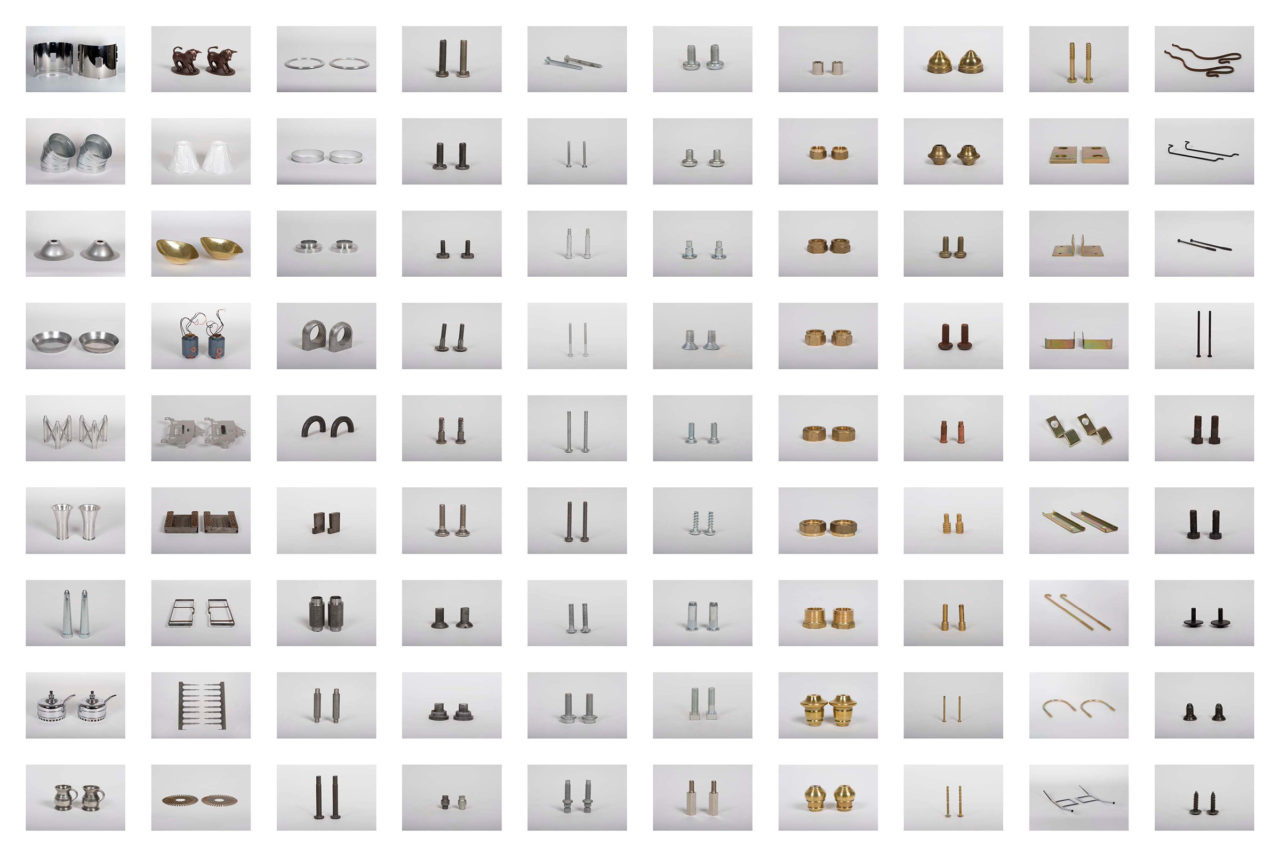 Birmingham played a leading role as frontrunner in the Industrial Revolution, an event that in the eighteenth and nineteenth centuries changed the world beyond recognition and paved the way for the largest population explosion in human history. By 2007, however, most of the manufacturing companies had moved out of Birmingham to other parts of the world where labour was cheaper. Together with the companies, the knowledge behind manufacturing also disappeared.

'Industrial Evolution' is a collection of 100 items that come from the twenty remaining manufacturing companies in Eastside, Birmingham, the last vestiges of manufacturing industry in the city. The objects are collected in pairs, referencing Noah’s Ark as well as their mass-producibility. Yet when ‘portrait’ photos are taken of the pairs, tiny differences in size, colour and form become apparent, and they appear as two similar but distinct individuals. This discrepancy can be understood as the failure of the Industrial Revolution, as it is physically impossible to clone or mass-produce an object up to the nanometre.