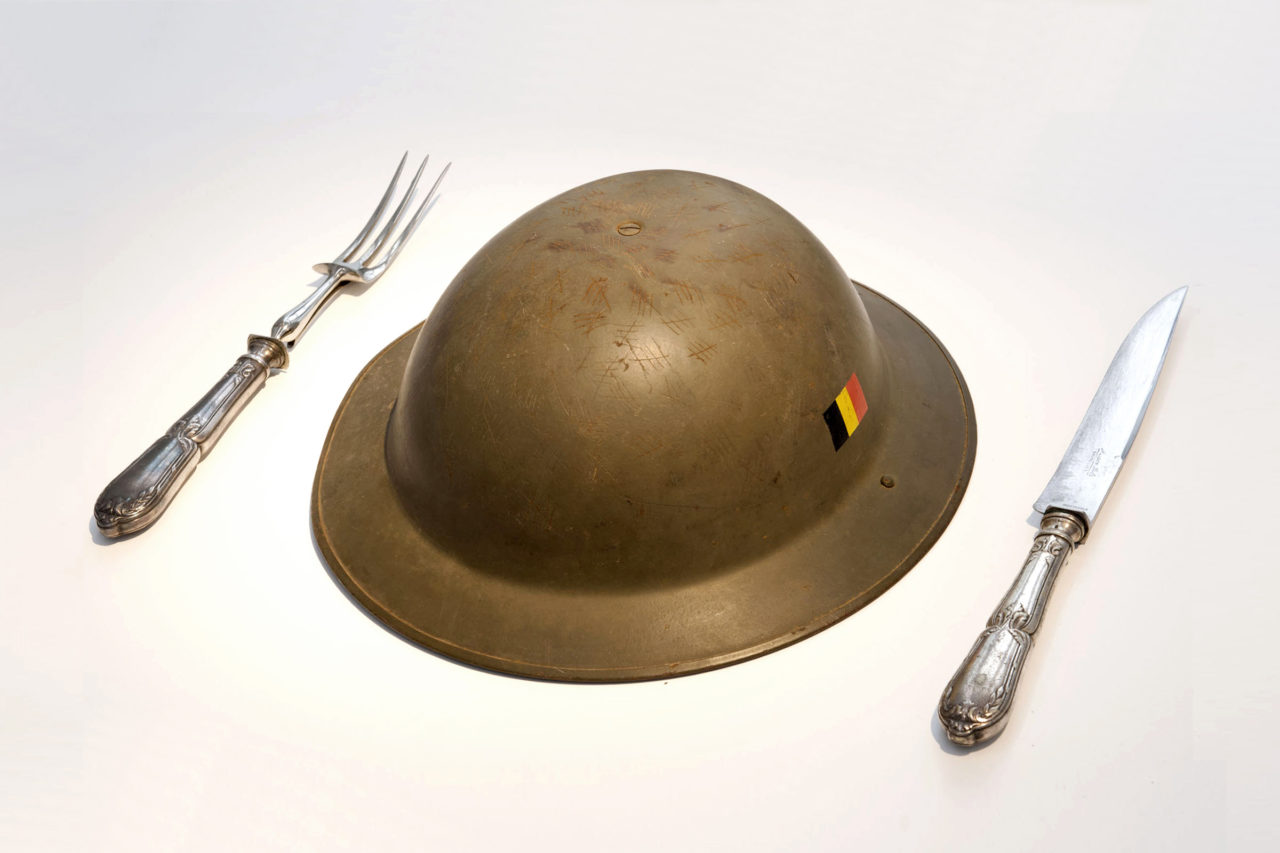 After the general election in Belgium in 2010, it took 541 days for a new government to be formed, breaking the Guinness World Record for the longest time for a country to be without a government in peacetime. This surrealistic event is immortalised in 'La Grande Bouffe', in which 541 tally marks have been scratched on a First World War foot soldier’s helmet with a silver knife and fork, an allusion to the Belgian aristocracy. The tallies, in bunches of five, are evenly spread over the surface of the helmet, not in the usual linear arrangement but multidirectional – an attempt to tackle a variety of problems from different angles. On 6 December 2011, when a new government was finally sworn in, dinner was served as usual and life went on as if nothing had happened. Between 2019 and 2020 a new attempt to break the world record was made but stalled after 494 days when a new government was formed on 1 October 2020.