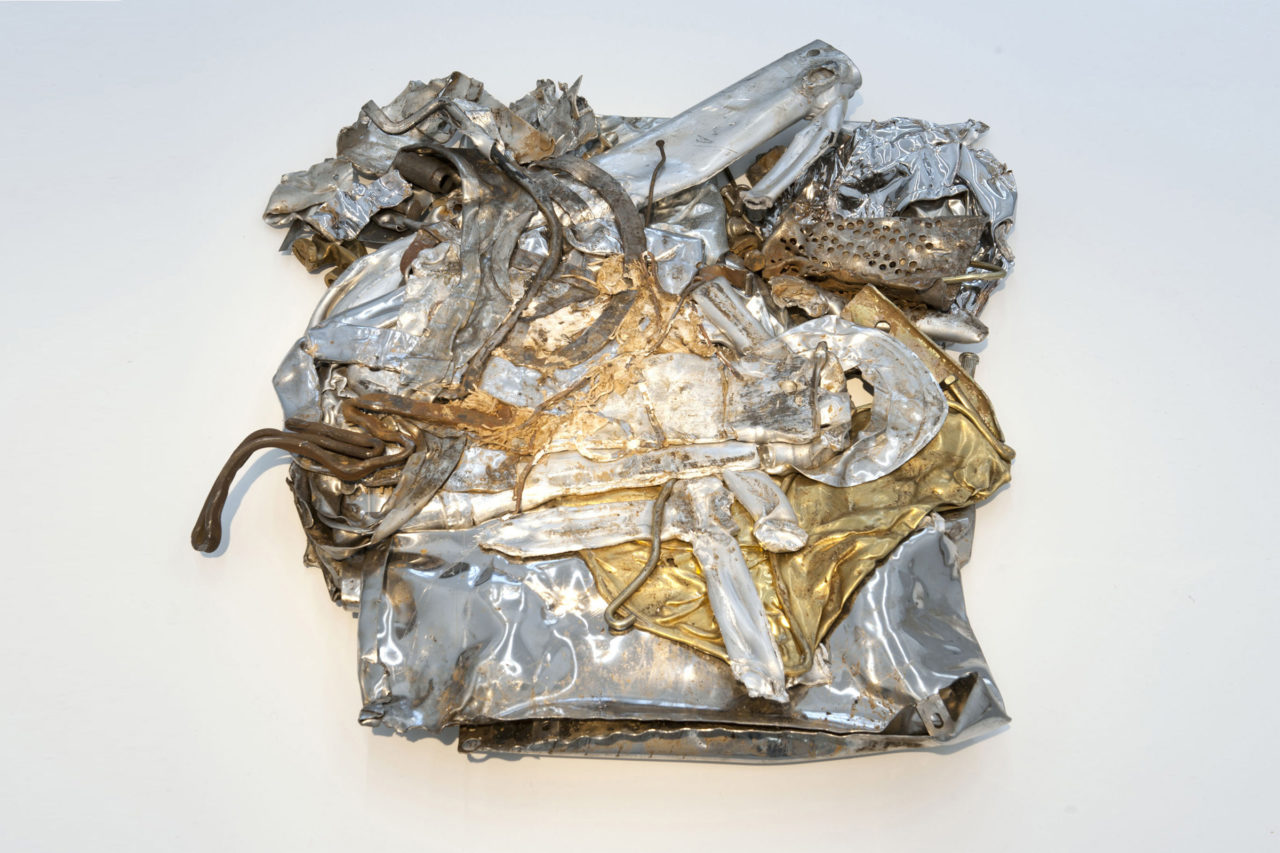 'Industrial Devolution' is the final stage of the 'Industrial Evolution' project. It consists of pairs of the last 100 objects manufactured in Digbeth, an area in Birmingham that was the birthplace of the Industrial Revolution in the UK. The pairs were split up, then each set of single objects was compacted in a metal recycling press. The result was two different lumps of metal of exactly the same weight, but in appearance they are as different as the individual original pairs.