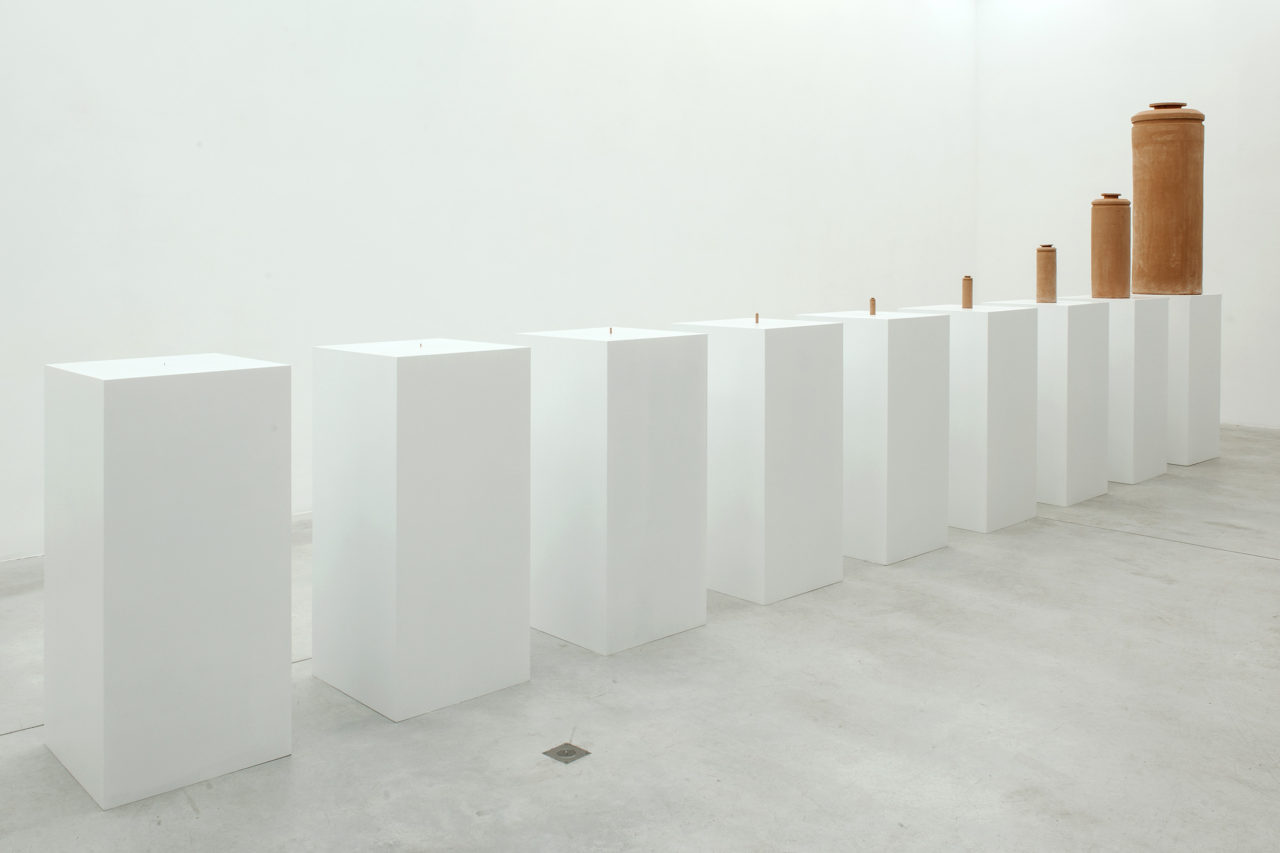 2019
Series of 9 ceramic nuclear storage containers made with natural Boom clay.
Produced in collaboration with Fabrique Ceramique.
Commissioned by Z33, Hasselt, BE with ONDRAF/NIRAS, Dessel, BE and SCK•CEN, Mol, BE
700 x 50 x 243 cm

'Half-Life' consists of a series of copies, in ever-decreasing size, of the storage containers used for nuclear waste in Belgium. They are made of Boom clay – named after Boom, a town in Flanders – that comes from clay strata between two and four hundred metres deep. Belgium is currently carrying out tests to determine the clay’s potential as a host formation for the geological disposal of radioactive waste.

The clay from which the containers are made is also used here for the full-size copy. The next one in the series is exactly half the size, referencing the decrease in radioactivity, visualised by the diminishing size of the containers. After nine steps, or nine lives, the original 1335-millimetre-high container has shrunk to 5.21 millimetres, after which it becomes practically invisible to the human eye. Each step is presented on a separate but identical pedestal, reinforcing the shrinking curve of the installation. 'Half-Life' simultaneously visualises the process that takes place underground and the material that protects (us from) it.

In an uncertain future, in which every known language might have disappeared, a visualisation like this could help to transmit vital information about what lies beneath the ground. The work fuses natural materials (the Boom clay and natural uranium), with human intervention (uranium processing and the manufacture of standardised capsules for the storage of nuclear waste). Form and content become one.