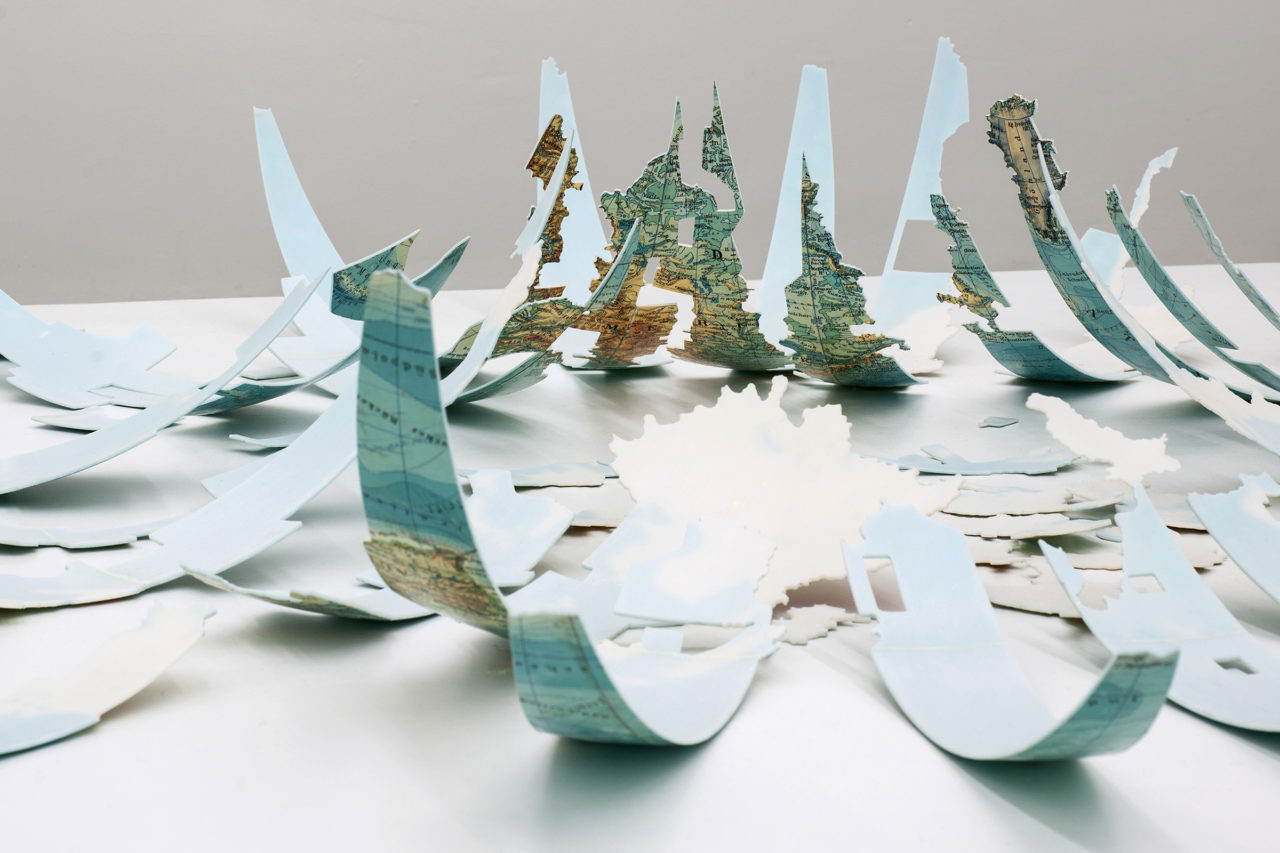 In 1884 an International Prime Meridian Conference was held to standardise time and establish twenty-four-hour time zones, each spaced 15 degrees of longitude apart. That was also the year of the notorious Berlin Conference that regulated European colonisation and trade in Africa. Time and space were divided almost simultaneously, creating a systemic structure for the world that still dominates the balance of power today. With the passage of time, individual countries have added additional time zones to the puzzle, including half- and even quarter-hour differences. Some countries use rivers and mountain ranges to determine how late it is. Others, like China, have, for the sake of convenience, opted to have just one time zone for the whole country, which stretches across almost 75 degrees of longitude, representing five geographically-split time zones. Territorial claims from colonial times have further added to the complexity that is visualised in 'The Overview Effect' by establishing the 38 currently existing local time zones.

The title of the work is inspired by Frank White’s 1987 book 'The Overview Effect – Space Exploration and Human Evolution' in which he describes the cognitive shift in awareness experienced by astronauts when they see Earth from outer space. This rare and valuable change of perspective is reflected in the installation, which highlights a largely unknown artificial phenomenon in a rather charged and disconcerting way.