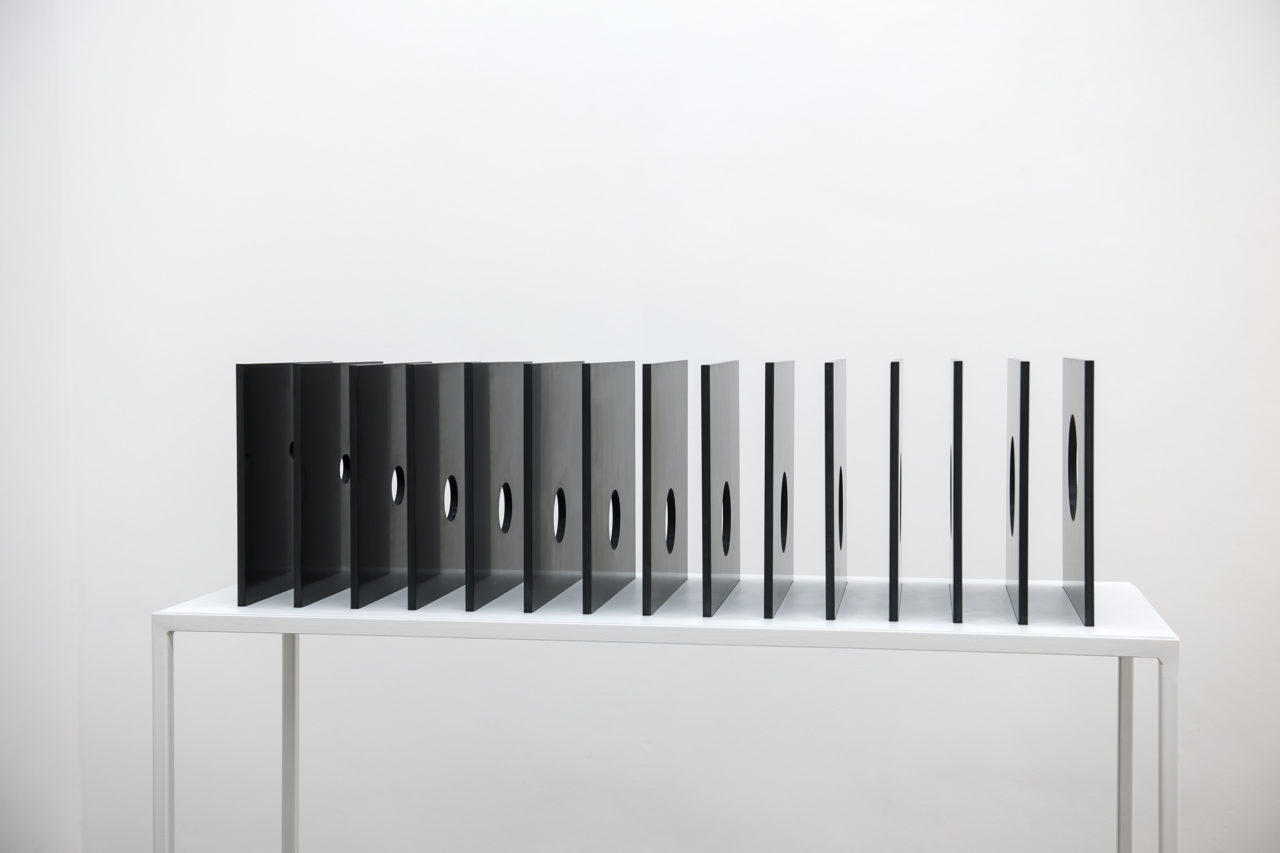 The word ‘cornutopia’ is a combination of ‘cornucopia’ (a horn of plenty) and ‘utopia’ (a place where everything is perfect). The work 'Cornutopia' consists of a series of 15 sheets of Bakelite, each pierced by a hole of decreasing diameter.

When plastic was first invented it was hailed as the answer to problems of material scarcity. But that original promise has turned into an ever-expanding nightmare: plastic pollution is now one of the most pressing global issues whose true depth and scope is becoming clearer by the day. Bakelite, invented in 1907 by the Belgian-born chemist Leo Baekeland, was the first synthetic mouldable plastic. One of its many uses was as an alternative to ivory, which was becoming increasingly scarce due to the large-scale killing of elephants for their tusks in what was then the Congo Free State and later the Belgian Congo. The ‘horn of plenty’ was being emptied of ivory and Bakelite seemed to be the future. Not only did it provide an alternative to ivory, it also facilitated modern industry. As the first synthetic malleable material it could be used to mass-produce a wide variety of articles: telephones, radios, kitchenware, jewellery, toys and even firearms came rolling off the assembly line. The world began mass-producing plastic and mass consumerism was born.

In ’Cornutopia’ the outline of an elephant’s tusk is created by the voids in the Bakelite sheets, making a mould, as it were, of what once was.