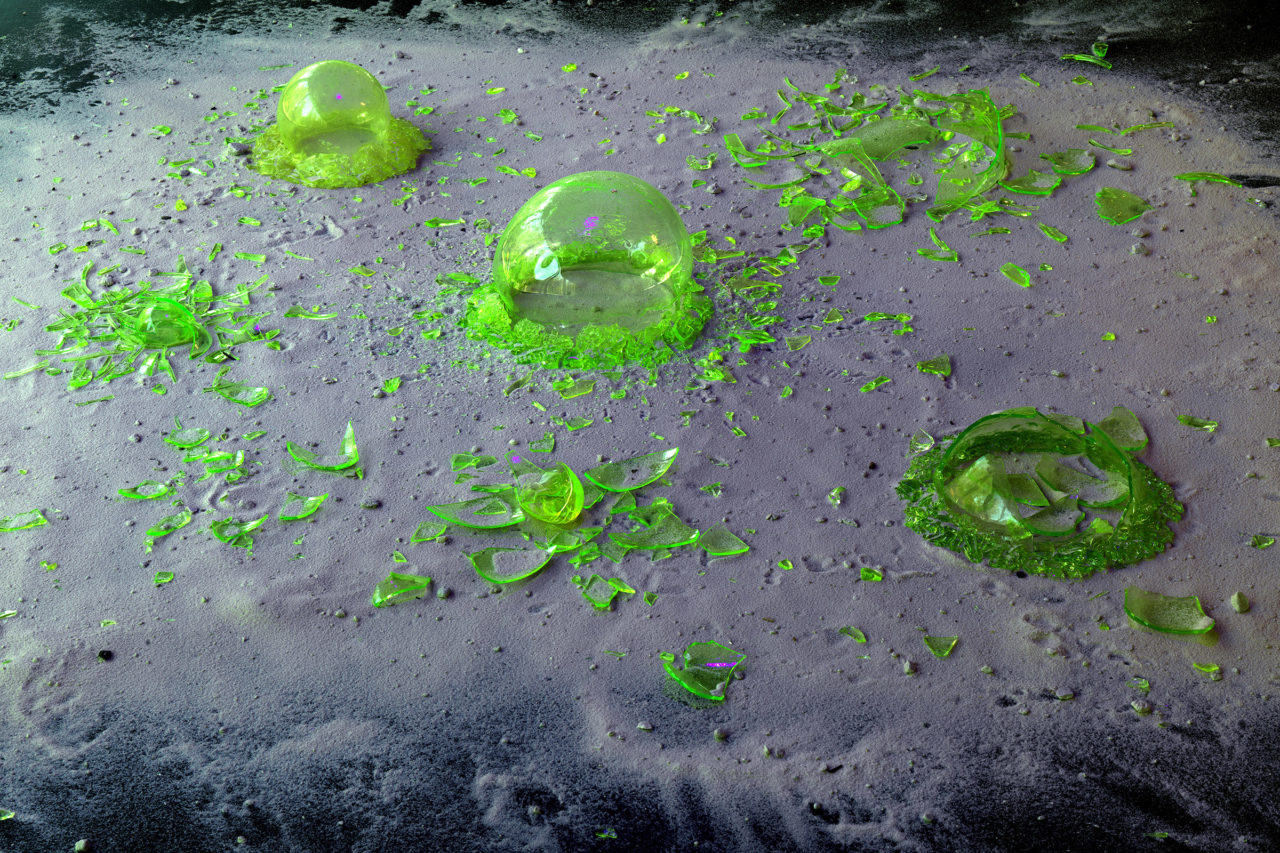 'Manhattan Project' is a model of several tests – successful and failed – to recreate the perfect dome that occurs 0.025 seconds after an atomic bomb is detonated. Antique uranium glass, sometimes known as ‘Vaseline glass’, was melted and blown to form a perfect bubble in order to imitate the miniature explosions. Before it was used to fuel nuclear power plants or produce atomic bombs, uranium was employed as a colouring agent in the manufacture of tableware and household items. Yellow or light green in colour, it fluoresces bright green under UV light. The white sand, which comes from the White Sands Missile Range, where the first atomic bomb was exploded, covers the bottom of the dome and becomes phosphorescent purple, completing the macabre but also wondrous model.

It is very possible that the detonation of the first atomic bomb will be agreed upon as the event that marks the end of the Holocene and the start of the Anthropocene, the age in which human activity is the dominant influence on the planet. From that moment radioactive isotopes such as strontium-90 start to be present in the geological layer that we are now creating, representing the perfect ‘golden spike’. A ‘golden spike’, more formally called a Global Boundary Stratotype Section and Point (GSSP), is a marker in the environment created by a global event that leads to long-lasting global changes signalled in the geological record and which can be said to epitomise the start of a new geological epoch.