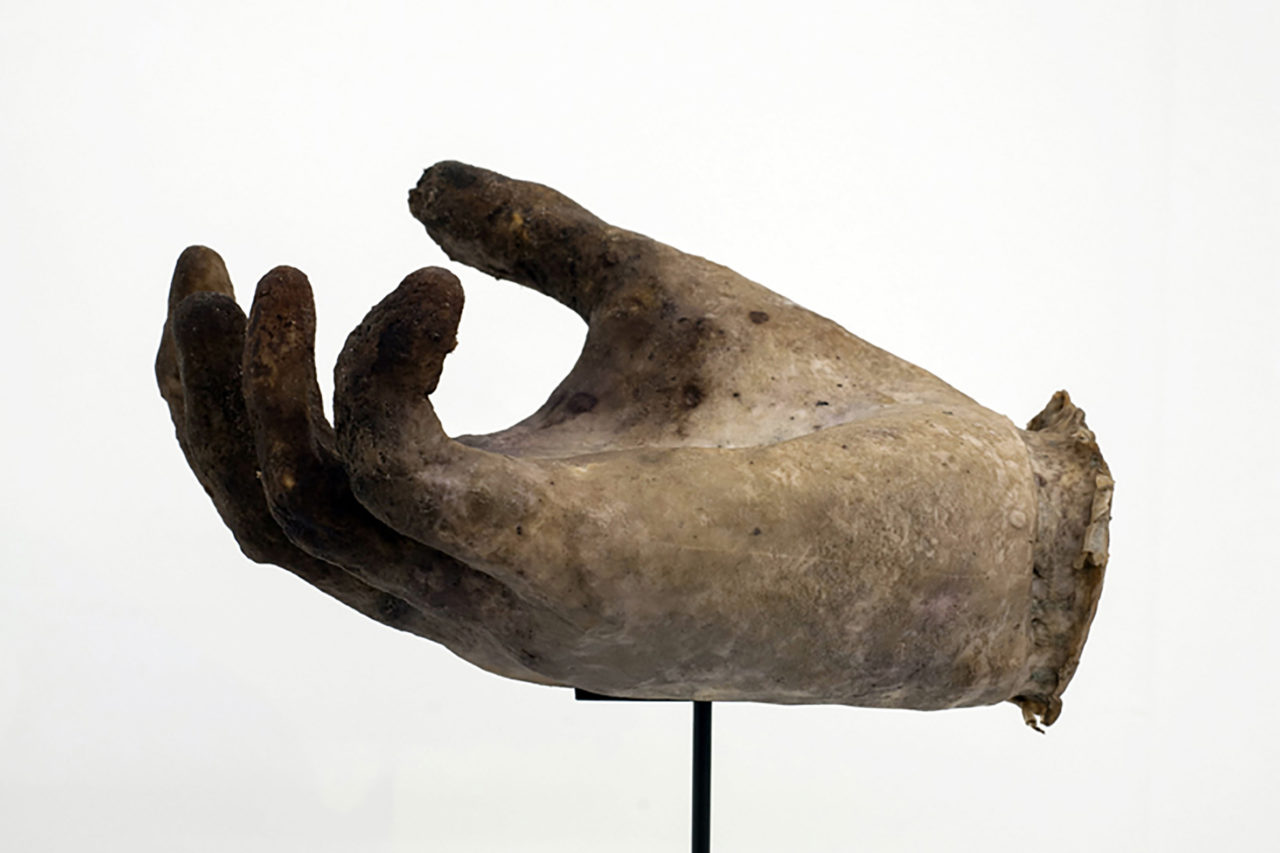 'The Invisible Hand' is a rubber cast of the right hand of the equestrian statue of Leopold II made by Thomas Vinçotte in 1914 and completed in 1926 after his death the previous year, which stands facing the Regentlaan (Boulevard du Régent) in Brussels. The mould, necessarily made at dead of night, was taken to a former rubber plantation in Kasaï Province (DR Congo), where it was filled with natural rubber. Back in Belgium again, the cast of the hand was presented at Art Brussels, the contemporary art fair, completing the problematic circle of colonial treasure hunting in relation to historical fetishisation.

'The Invisible Hand' also contains an allusion to a concept invoked by the eighteenth-century political economist Adam Smith. First mentioned in 'The Theory of Moral Sentiments' (1789), Smith’s ‘invisible hand’ describes the unforeseen benefits to society of the self-interested actions of the individual, or the self-regulating effect of a market economy in which the pursuit of personal gain and profit boosts the entire economy, thus creating collective welfare. Leopold II used his ostensibly humanitarian International African Association (1877-1879) and later the Congo Free State (1885-1908) to pillage and plunder the abundant – and available – natural resources. Ironically, in doing so he involuntarily instigated local economic growth, though it came at a terribly high price – it is estimated that over 10 million people died as a result of Leopold’s ‘invisible hand’. The work also references the brutal custom of chopping off the hands of Congolese ‘employees’ to ensure obedience and rubber production quotas.