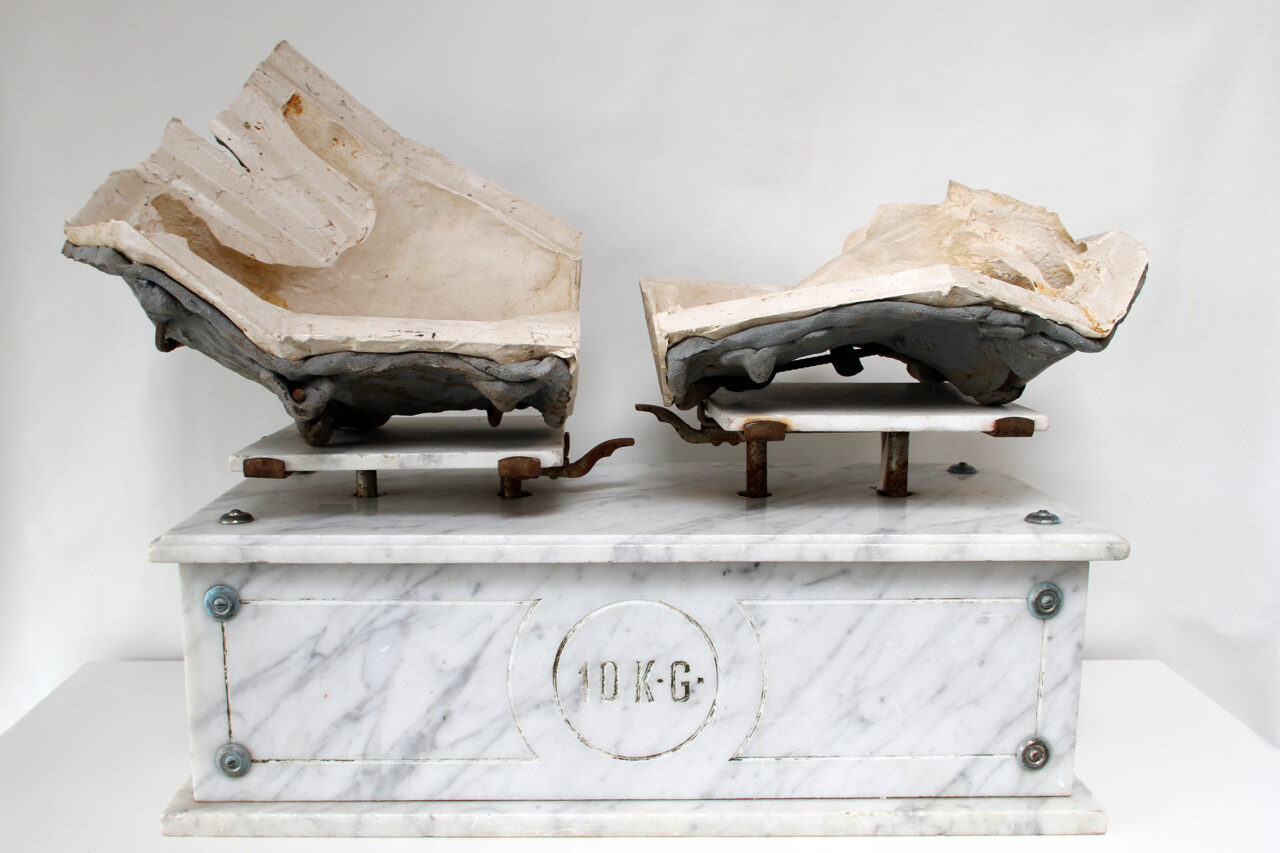 'Horror Vacui' is the follow up of 'The Invisible Hand', a rubber copy of the right hand of the equestrian statue of Leopold II made by Thomas Vinçotte in 1914 and completed in 1926 after his death the previous year, which stands facing the Regentlaan (Boulevard du Régent) in Brussels, Belgium. The mould, necessarily made at dead of night, was taken to a former rubber plantation in Kasaï Province (DR Congo), where it was filled with natural rubber. Back in Belgium again, the cast of the hand was presented at Art Brussels, the contemporary art fair, completing the problematic circle of colonial treasure hunting in relation to historical fetishisation. The mould is now displayed on an old marble butchers scale, as lumps of meat, one half not weighing the same as the other half, although they are both empty.