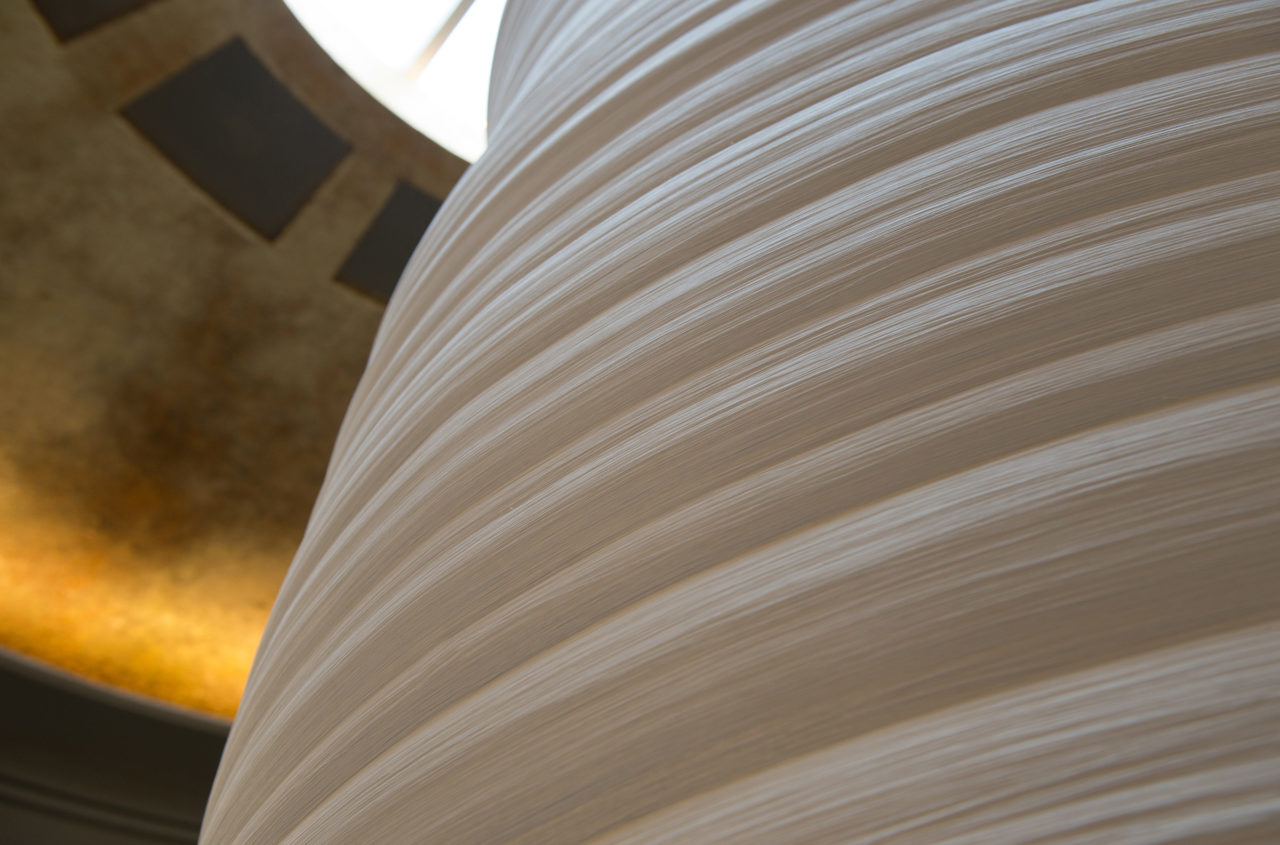 'Around the World' is a huge bobbin in the shape of a rocket. Spun around it is cotton thread measuring in total 40,015 kilometres, a figure that represents the average equatorial circumference of Earth. War and cotton have long been connected, starting with guncotton, used as a propellant in firearms and in the warheads of torpedoes, mines and grenades. Cotton was used as an aircraft covering – for the first flight of the Wright brothers, the aerial dogfights of the First World War, even for the famous German zeppelin Hindenburg – and in the first gas masks as protection against chemical weapons. It has thus been key in both the taking and saving of human lives. Around the World symbolises the significant role that cotton played and still plays not only on a global but also a personal scale, being the first material a human newborn feels when it is wrapped in cotton cloth and also, in many cultures, the last material bodies come into contact with when they are shrouded in cotton to prevent post-mortem leakage and contamination.

British and European cotton spinning and weaving was the first major industry in human history to lack locally produced raw materials, making it the first globally integrated manufacturing industry. Cotton fuelled the Industrial Revolution both in England and the United States and was a major influence on the creation of wealth throughout most of Western Europe. It made cotton plantation owners the richest and most powerful men in the New World, enabling them to invest in the building of astro- nomical observatories (like the Lowell Observatory, where the expansion of the universe was discovered and whose data helped to find a spot on the Moon where Apollo 11’s lunar module could safely land) as well as universities and stock markets (like the cotton exchanges where futures were being introduced for the first time, offering investment in crops that were not yet planted).

'Around the World' visualises the potential of a single thread encircling the globe and at the same time it shows that no matter which path you choose the end and the beginning are in the same spot. What goes around, comes around.