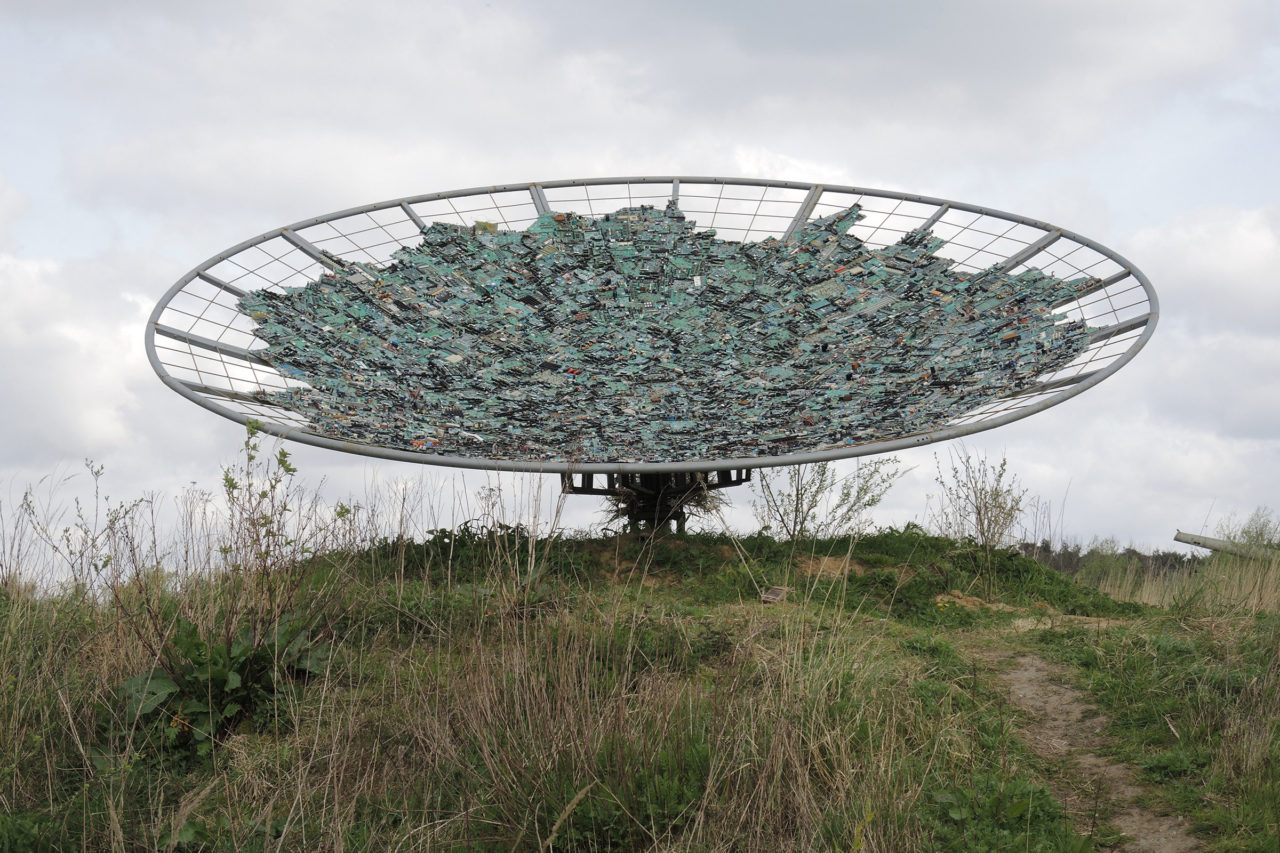 Several thousand satellites are orbiting Earth but very few are still operational. 'Cosmic Connection' visualises a Utopian attempt in the distant future to reconnect to the sky, with vestiges of the technological revolution (in the form of phone and computer circuit boards) soldered together to form a potential receiver for signals from lost satellites. It also draws inspiration from humanity’s eternal quest for other life forms in the universe and looks at our own origin and evolution as stardust. 'Cosmic Connection' also references issues of technological progress and the increasing waste produced by our society, as well as the growing amount of satellite debris orbiting the planet – our future archaeology.

According to America’s space agency NASA (National Aeronautics and Space Administration), most man-made residue in space is the result of explosions of old launch vehicles that have been left in orbit with stored energy sources such as residual propellants and high-pressure fluids. China’s deliberate destruction of its Fengyun-1C weather satellite in an anti-satellite missile test in 2007 and the accidental collision of American and Russian communications satellites in 2009 greatly increased the number of large chunks of debris in orbit. In 2020 the NASA Orbital Debris Program Office stated that ‘more than 21.000 pieces of orbital debris larger than 10 cm are known to exist. The estimated population of particles between 1 and 10 cm in diameter is approximately 500,000 and the number of particles smaller than 1 cm exceeds 100 million’.