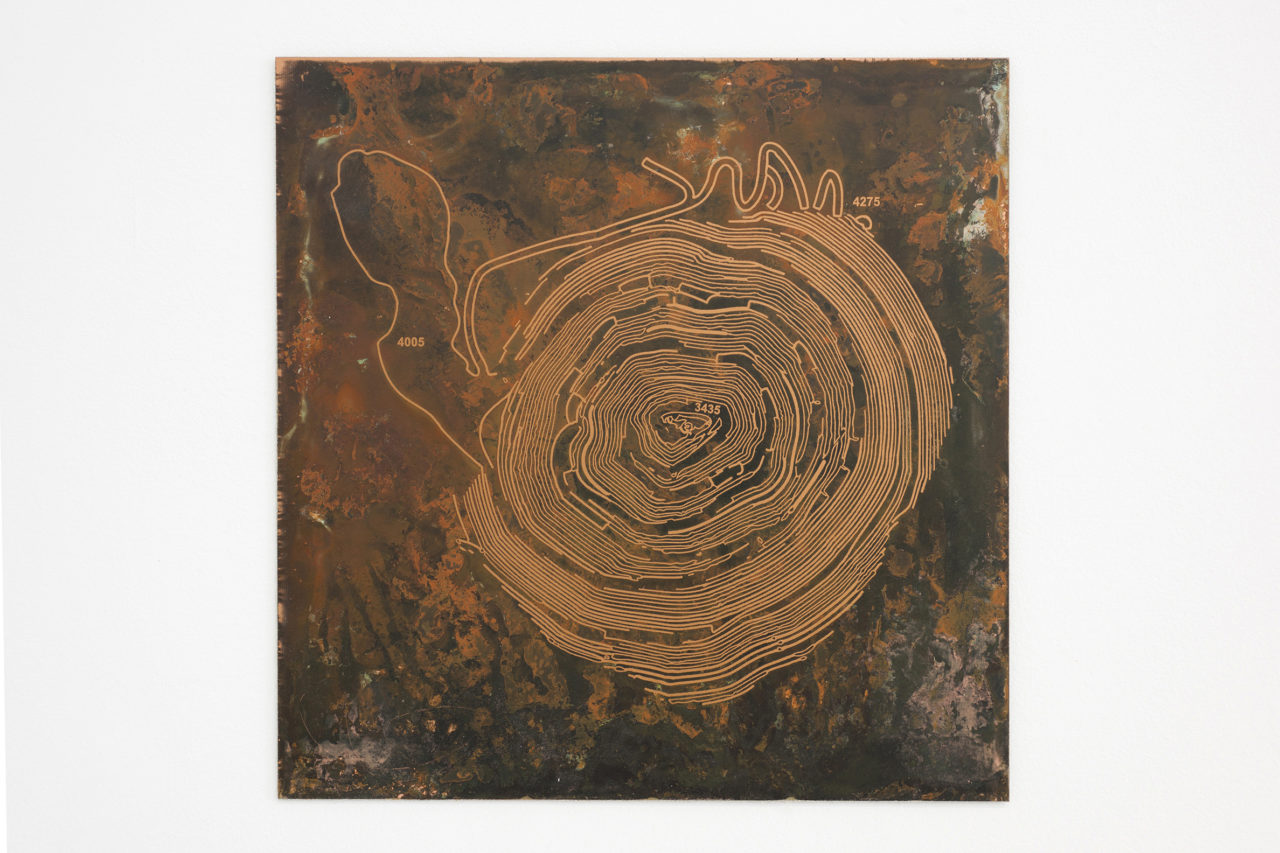 Copper was the first metal to be smelted from its ore and the first to be cast into a shape using a mould. At present, however, most copper, both mined and recycled, goes into electronic devices owing to its high conductivity. There is more copper than any other metal in phones and computers – in fact it weighs more than all the other metals combined.

'Copper Country' is a series of three topographic drawings of the largest copper mines in the world, Bingham Canyon in the United States, and Chuquicamata and El Morro in Chile. The drawings are made by etching printed circuit boards (PCB) with ferric chloride (FeCl3), a technique normally used in making copper circuits for electronic appliances. The chemical process is interrupted and frozen with varnish, creating an unpredictable variation of the ‘natural’ background in contrast to the graphic human intervention of open-pit mineral mining.