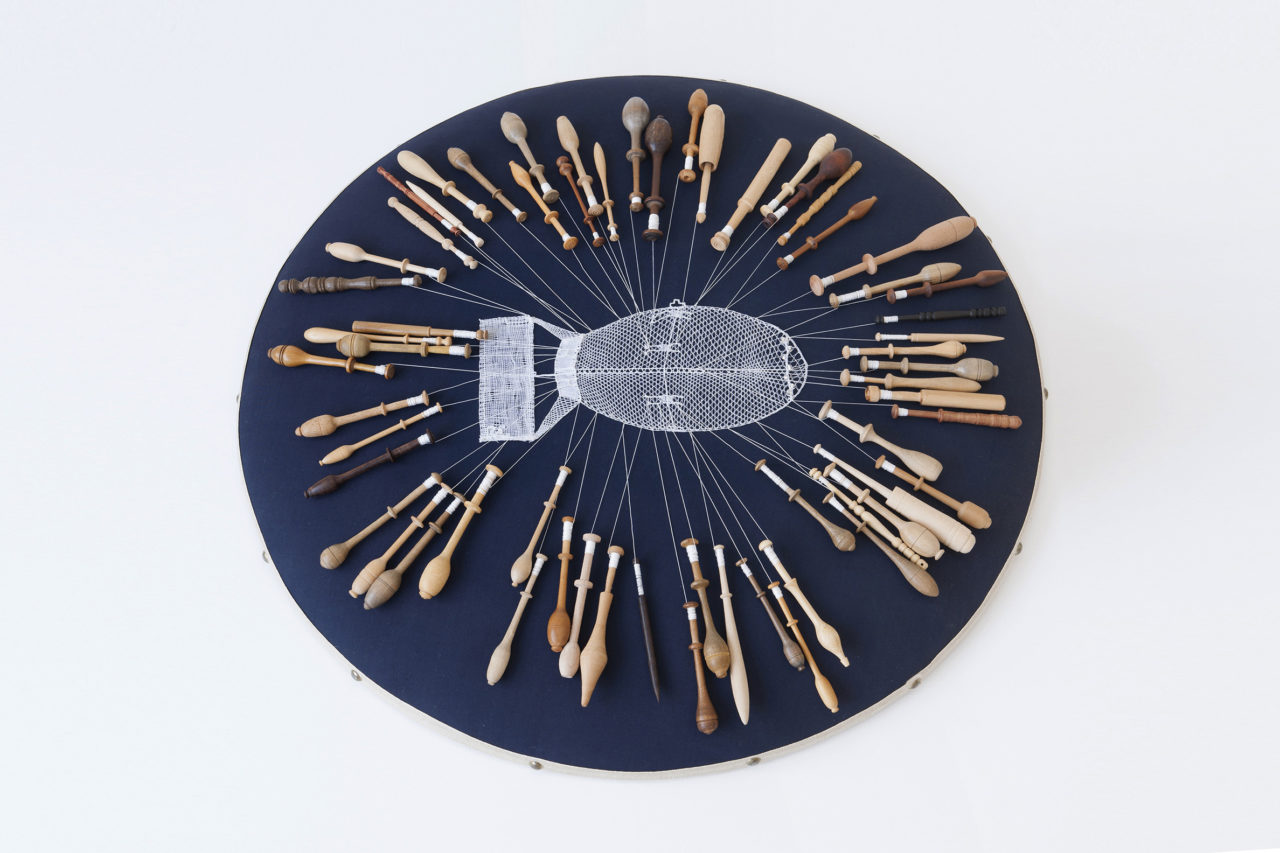 'Fat Man', which takes its name from the atom bomb dropped on Nagasaki, Japan, on 9 August 1945, is part of a series of three works named after the first three atomic bombs, The Gadget, Fat Man and Little Boy. The wooden bobbins used in the work, which vary in size, shape and colour, are made from different types of wood, symbolising the hands that helped create the nuclear weapons. Some look like shells or missiles. The bobbins are still attached to the lace, suggesting that the bomb that nestles at the centre of each work is in mid-explosion.

There is a real and historic link between atomic bombs and bobbin lace. Both are made from raw materials – uranium and cotton respectively – that inflected world history and helped the United States become the most powerful nation on Earth. And in both cases, Congo and Belgium were involved. Most of the uranium ore that was used in the Manhattan project to develop The Gadget, Fat Man and Little Boy, came from the Shinkolobwe mine in the Belgian Congo. It was initially exported to Belgium for the extraction of radium. Similarly, the cotton produced in America’s southern states, was planted, harvested and processed by enslaved people, most of whom came from the Kingdom of Kongo. It was then shipped to Britain and Belgium where it was turned into cloth and bobbin lace.