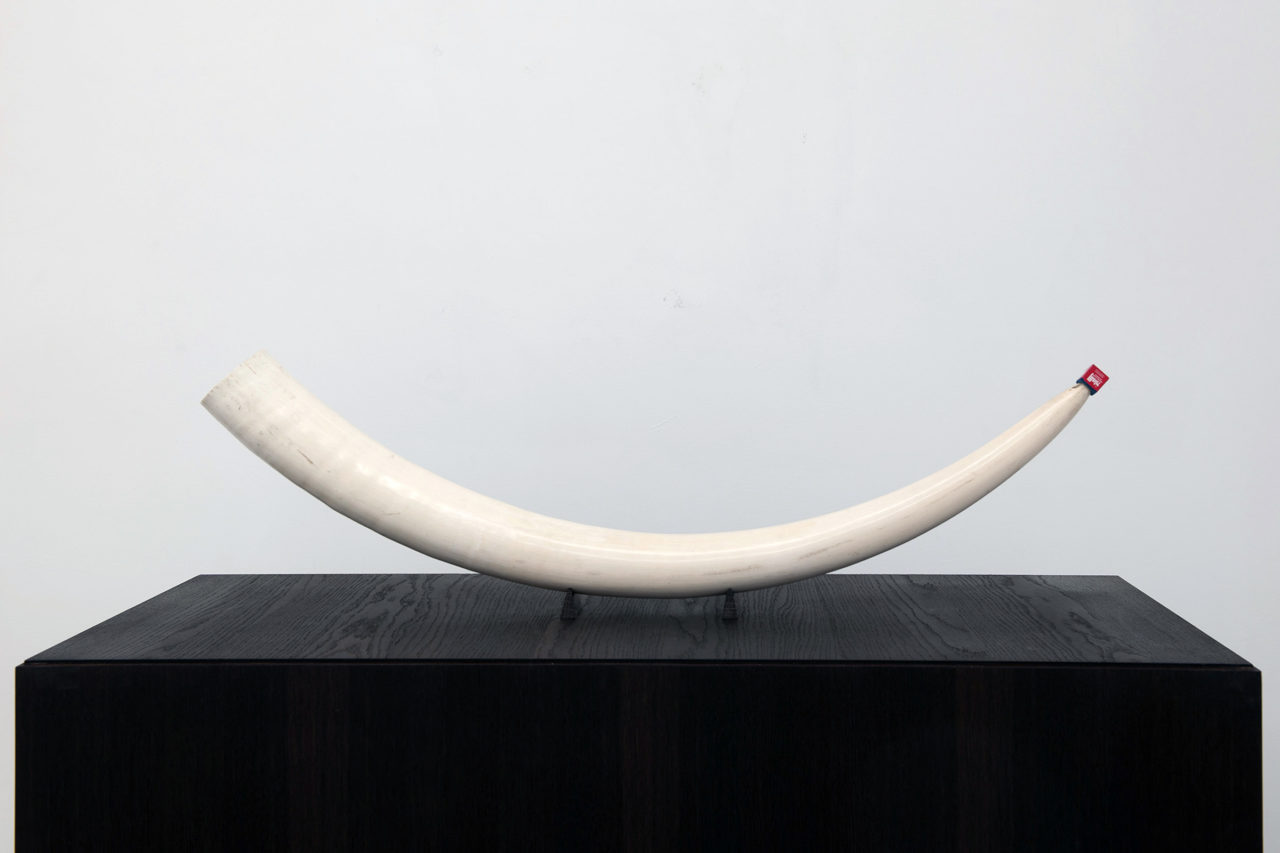 Ivory was the initial economic incentive for Leopold II of Belgium to claim the Kingdom of Kongo at the end of the nineteenth century. As well as being used in small household items and electrical insulators it was also employed in the production of a wide variety of musical instruments (including pianos, guitars, violins and bassoons), and games such as billiards, dominoes and dice.

'End Game' tips an elephant tusk from the Belgian Congo (now the DR Congo) with a Master brand billiard chalk, either to sharpen it or put a protective barrier on it. The logo of the American company that makes the billiard chalk is the head of an elk. 'End Game' alludes to the illegal trade in elephant ivory and rhino horn, a telling example of what Elizabeth Kolbert has called the ‘sixth extinction’ in her book 'The Sixth Extinction: An Unnatural History', in which she argues that Earth is in the midst of an unprecedented and ongoing diminution of biodiversity in the animal kingdom, caused by human activity.