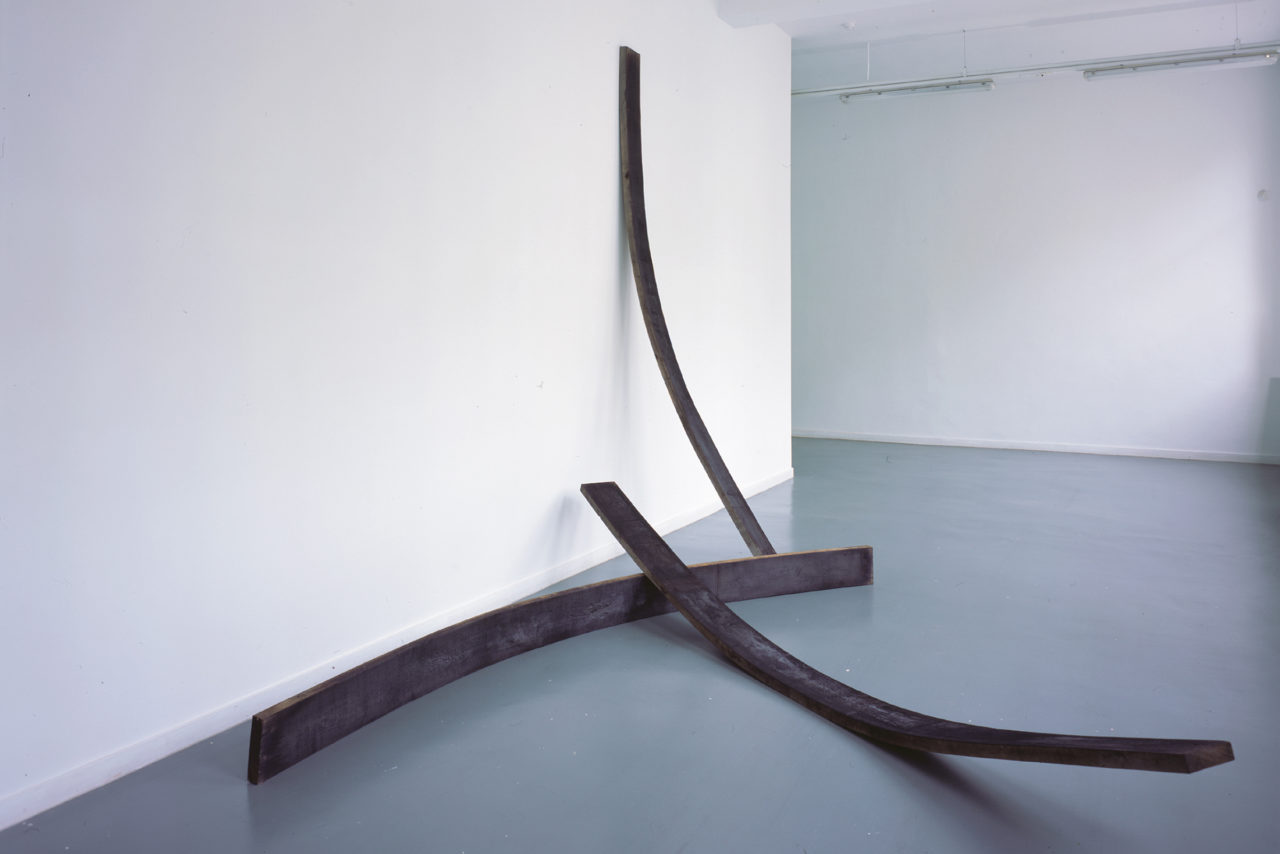 When shipbuilding transitioned from wood to metal in the nineteenth century it marked the end of a centuries-old tradition of forestry craft. Oak – a wood particularly fit for ship construction and cultivated for the purpose – would often be planted on the side of a hill to encourage the trees to curve towards the sun. The young trees would be carefully pruned, so that they grew in the required shipshape way. But an oak must be at least 150 years old before it is ready to be felled for shipbuilding, and so this ancient craft was in the nature of a pact with future generations, to ensure that they would have the shipbuilding materials they needed.

By the late twentieth century, when replicating or restoring old ships had become something of a national trend, there was hardly any curved timber available for shipbuilding as trees had not been planted and pruned for the purpose since wood gave way to metal. Thus it was neces- sary to employ artificial bending methods, using steam and fire to stretch and shrink the grain on either side in order to transform a straight beam into a curved one. This wood ‘torture’ technique was applied for several consecutive days and nights to make 'Scheeps Recht', in homage to a lost tradition.