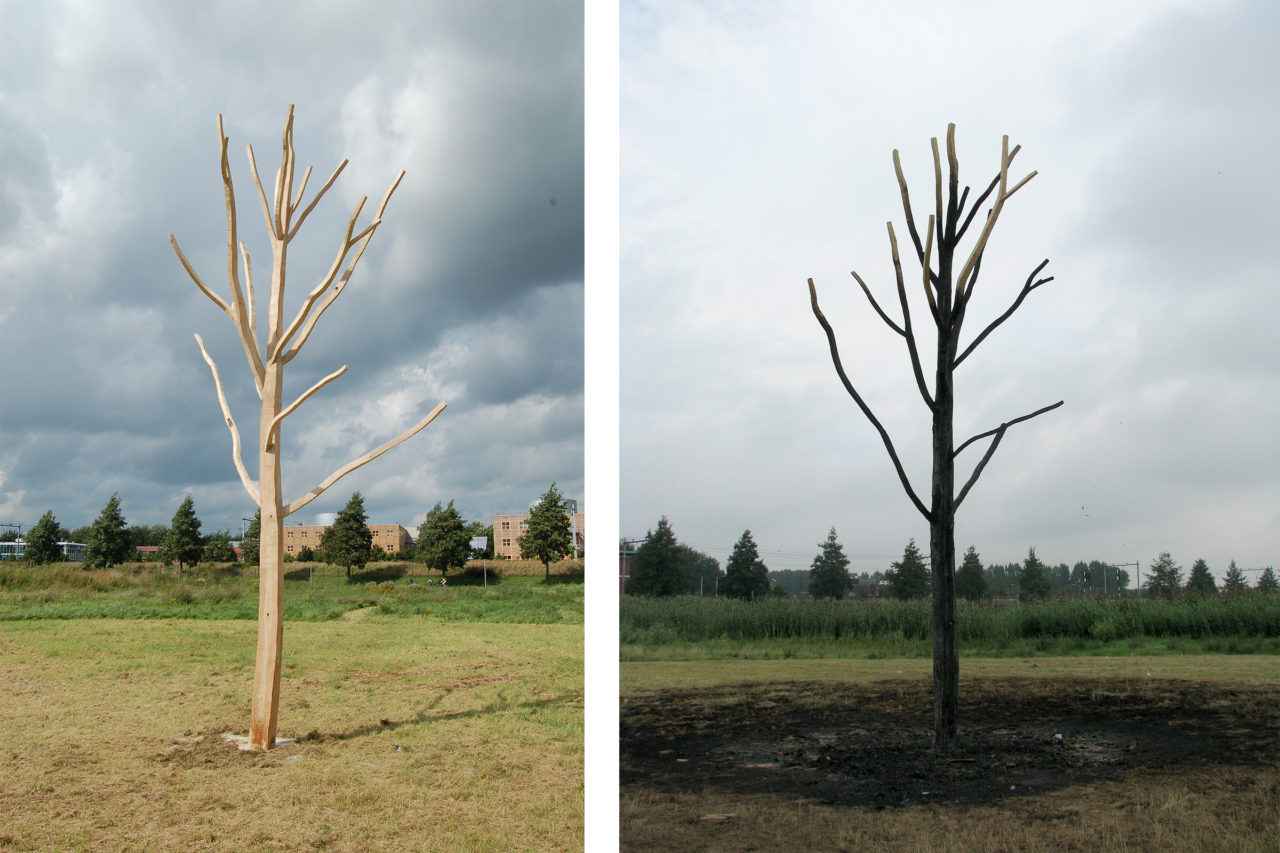 All over the world, rites, rituals and celebrations form the backbone of society and act as cornerstones of history and culture. They are events that urge us to remember and commemorate the past or look forward to the future; they are occasions for reflection, an enhanced presence of the present. Sometimes the history behind the rite is lost or forgotten but the event is still carried out because it has become a part of a community’s life.

Almere, a municipality in Flevoland in the Netherlands built in the 1970s on newly reclaimed polderland, has little in the way of history, and this decided Maarten Vanden Eynde to introduce a new rite. A young oak from the first generation of trees planted in Almere (around 35 years old) was selected and its wood cut back until it was square in section – like a large beam bifurcating into smaller beams. Then it was clad with dry pinewood and set alight. The pinewood burned quickly, leaving the fresh and robust oak behind. What was intended to be an annual ritual was discontinued when the city authorities cut down the tree and removed it.