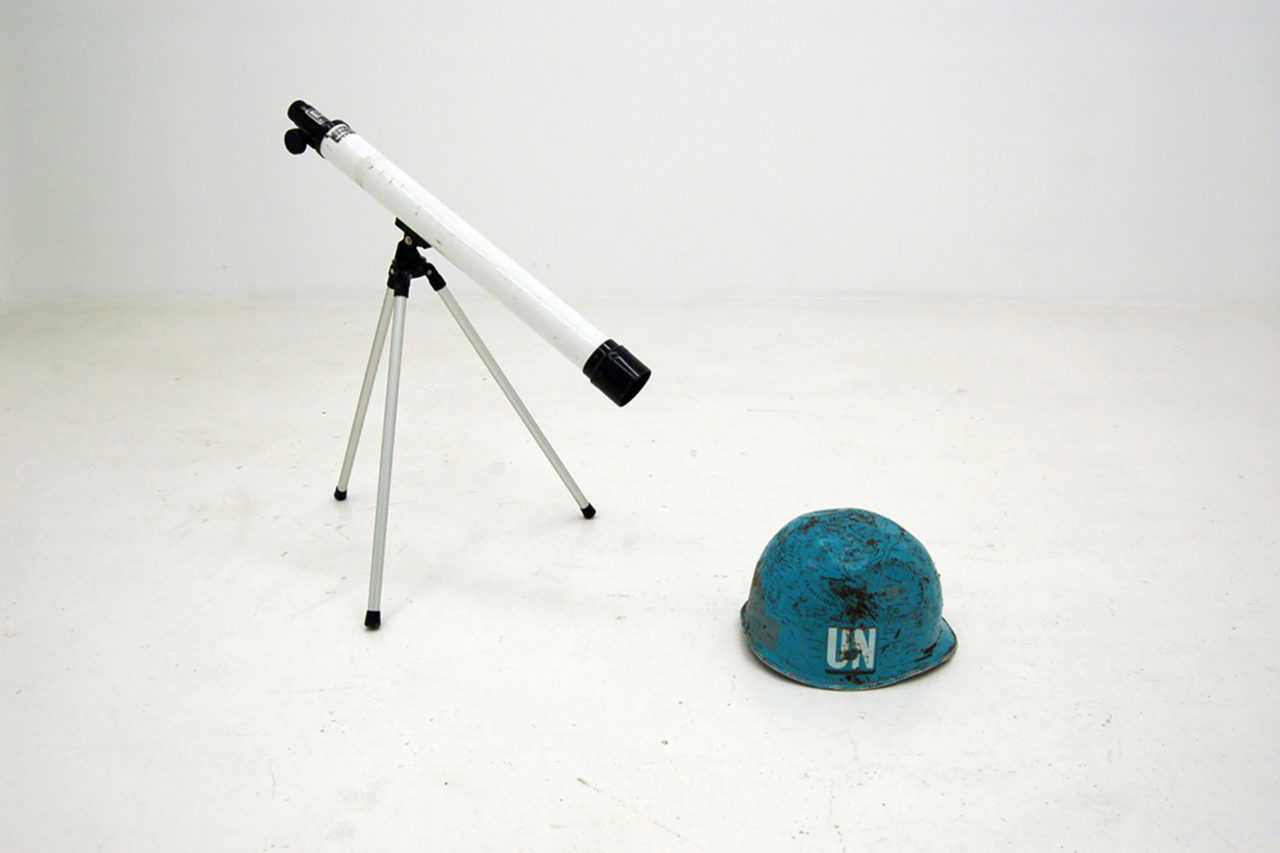 The Moon Seen From Earth

All the craters, mountains and ‘seas’ on the Moon are named after people, places, states of mind or weather systems on Earth, therefore referring exclusively to human history. The naming of lunar landmarks began in the early seventeenth century, when improvements in telescope technology enabled the first maps of the Moon to be drawn. This anthropocentric process of projecting Earth on the Moon still continues today.

'The Moon Seen From Earth' consists of a current moon map with the exact locations of every given name drawn on a used UN helmet, representing humanity’s flawed efforts to manage the world. Another aspect of the work is the telescope’s missing lens. When looking though the telescope to the helmet there is no more deformation or manipulation. What you see is what you get.