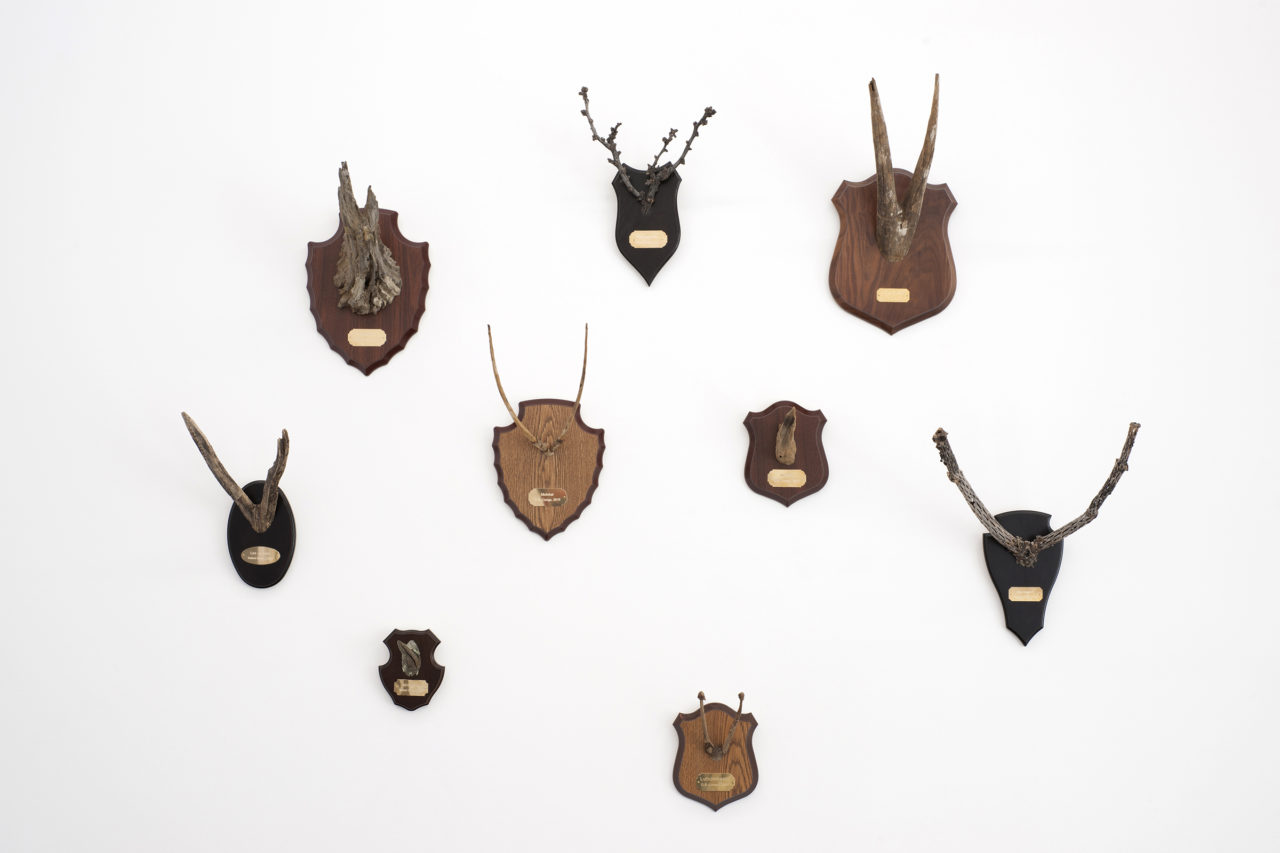 Hunting and gathering is one of man’s most fundamental activities. Originally a nomadic survival strategy, as humans settled in one spot and domesticated plants and animals, hunting became a sport or amusement. The ‘trophies’ from a successful kill were a way of impressing other people. In rarer cases hunting was organised for scientific purposes, to preserve a particular endangered species or prevent the spread of alien invasive species.

'Taxonomic Trophies' is a growing collection of branches from all over the world, saved and presented as endangered or extinct species. They have been ‘hunted’ and ‘gathered’ during work periods, residencies, exhibitions or holidays abroad since 2005. They question values and status symbols of power and financial means, while confirming our insatiable desire to accumulate and collect.