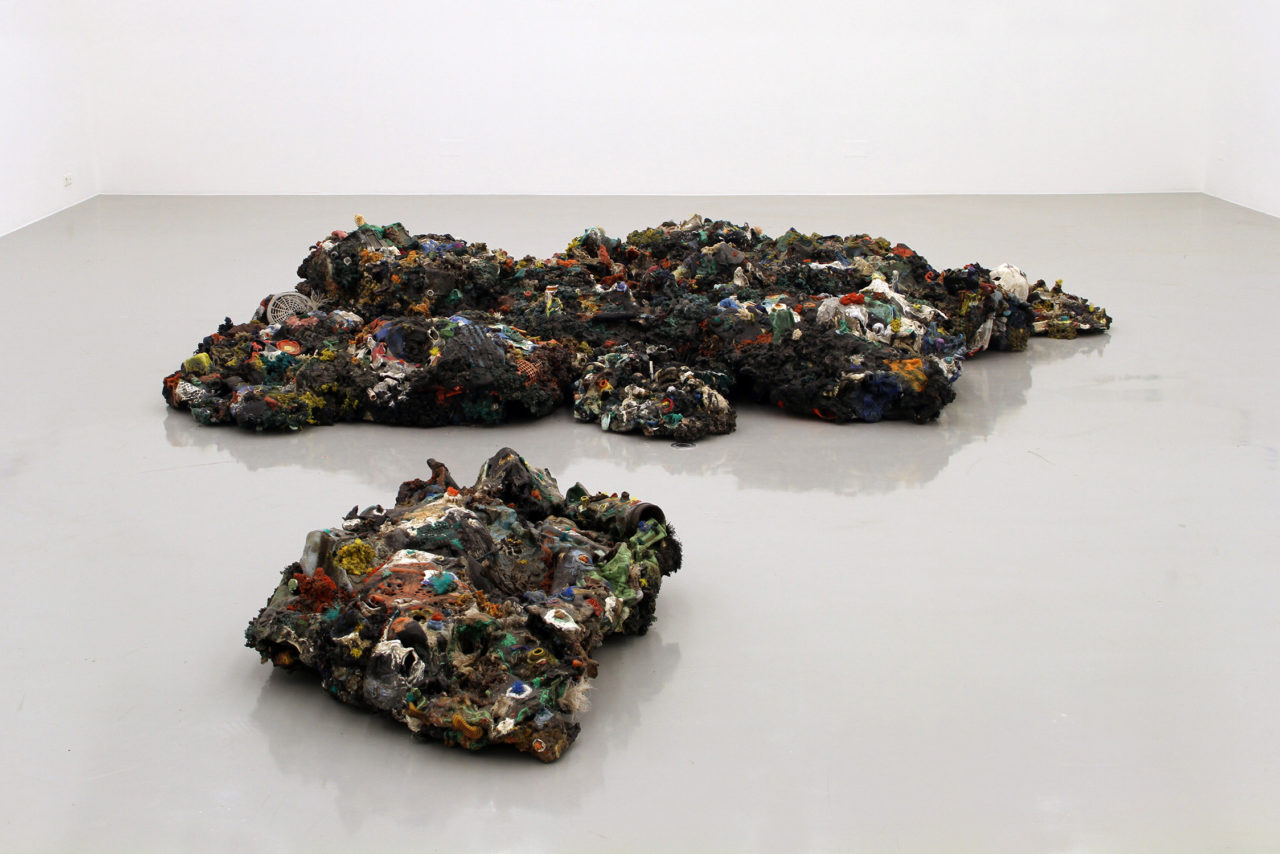 The five major oceanic gyres – the North and South Pacific Gyres, the North and South Atlantic Gyres and the Indian Ocean Gyre – collect and contain plastic from around the world. It was in the North Pacific Gyre in 1997 that Captain Charles Moore discovered a vast accumulation of plastic debris which came to be called the Great Pacific Garbage Patch. It led him to set up the Algalita Marine Research and Education Foundation in Long Beach, California.

It was from Captain Moore that Vanden Eynde acquired his first samples of plastic. Back in his studio he found that when it was melted the plastic took on a seemingly more natural form, resembling a colourful coral reef. The plastic rubbish gained a strange beauty whilst at the same time generating a double reference to both the worrying abundance of plastic in the ocean and the accelerating loss of coral reefs worldwide. Thus began the construction of 'Plastic Reef', a growing sculpture which over the next five years gained weight and size every time it was exhibited, helping to raise awareness of plastic pollution as well as alluding to its escalation. In total over 1000 kilograms of plastic debris from all five gyres was extracted from the oceans. By 2012, when it was exhibited in the Manifesta9 Biennial in Genk, Belgium, Plastic Reef had attained its maximum size of 450 × 500 centimetres. Subsequently, several smaller plastic reefs were created.

Ironically and tragically, in 2015 scientists discovered that natural coral was ingesting micro-plastics, poisoning itself in the process. Next to acidification and the rise in ocean temperatures, this is one of the main reasons why the Great Barrier Reef is disappearing.