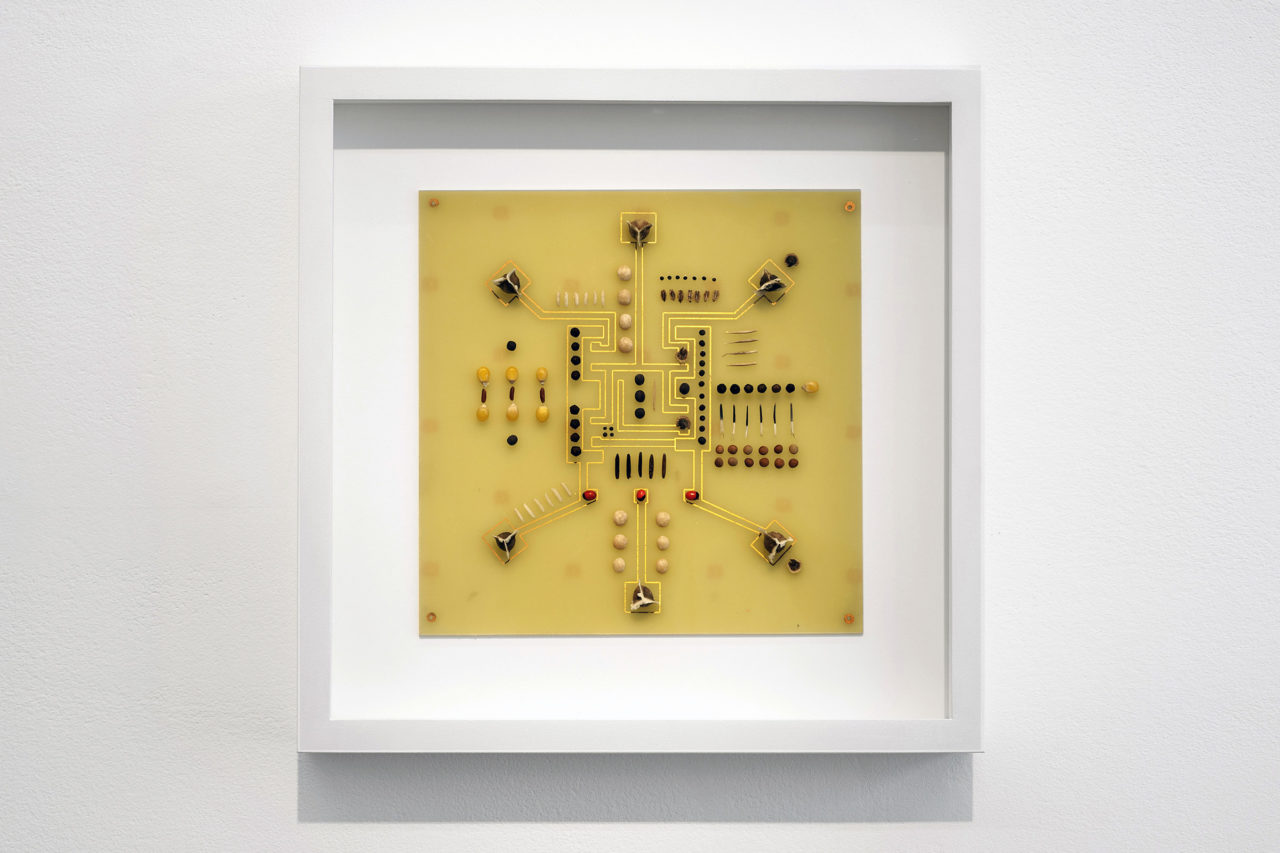 'Immortality Drive' consists of various graphic translations of the image of the first silicon monolithic integrated circuit or microchip, invented by Robert Noyce in 1961, transferred on a copper circuit. This world-changing invention is immortalised on a PCB (printed circuit board) and decorated with a wide variety of seeds and grains from around the world, replicating the configuration of transistors and electrical components. Together they make up a huge lukasa, or memory board, reminiscent of those used in the nineteenth and twentieth centuries by members of the Mbudye association in the Kingdom of Luba (now part of the DR Congo) as an archive for the topographical and chronological mapping of political histories and a means of remembering important people, places and mythical migration routes.

The seeds for 'Immortality Drive' were collected from the Meise Botanic Garden (Belgium), the Jardin Botanique de Lubumbashi (DR Congo), and several other places around the world. They are organised according to the graphic outlines of the first silicon monolithic integrated circuit chip and evoke the memory of seed collection, preservation, modification, and militarisation.