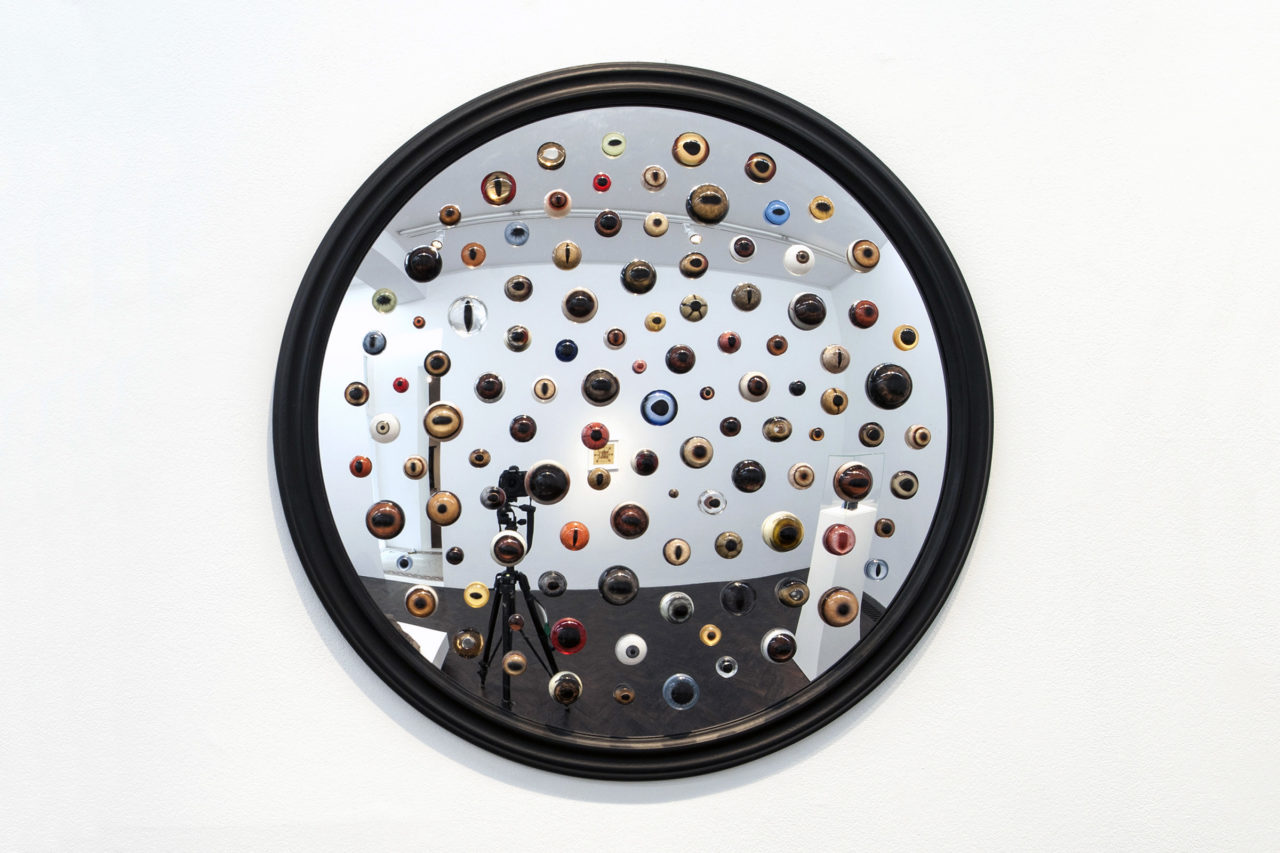 And Then There Were None... (2019), Meessen De Clercq Gallery, Brussels, Belgium (photo: Philippe De Gobert)

And Then There Were None...

'And Then There Were None...' alludes to what Elizabeth Kolbert has described as the ‘sixth extinction’. In her non-fiction book, 'The Sixth Extinction: An Unnatural History' (2014), she states that this is the first ever mass extinction event to be caused by human activity. The current extinction rate is estimated be 100 to 1000 times higher than the natural background level – this being the standard rate of extinction in geological and biological history before humans became a primary contributor to the extinguishing of species, and pertains to periods between major extinction events. To give just one instance of human impact, in 2018 96% of the total biomass of mammals was made up of livestock (mainly cattle and pigs) and humans. Only the remaining 4% consisted of wild animals.

'And Then There Were None...' affixes a collection of over 100 different taxidermy eyes made for a wide variety of animals – including humans, since they are part of the animal kingdom and might one day disappear as well – onto two convex mirrors, mimicking the curve of most animal eyeballs and making us see ourselves twice: Homo 'sapiens sapiens', the double wise man.