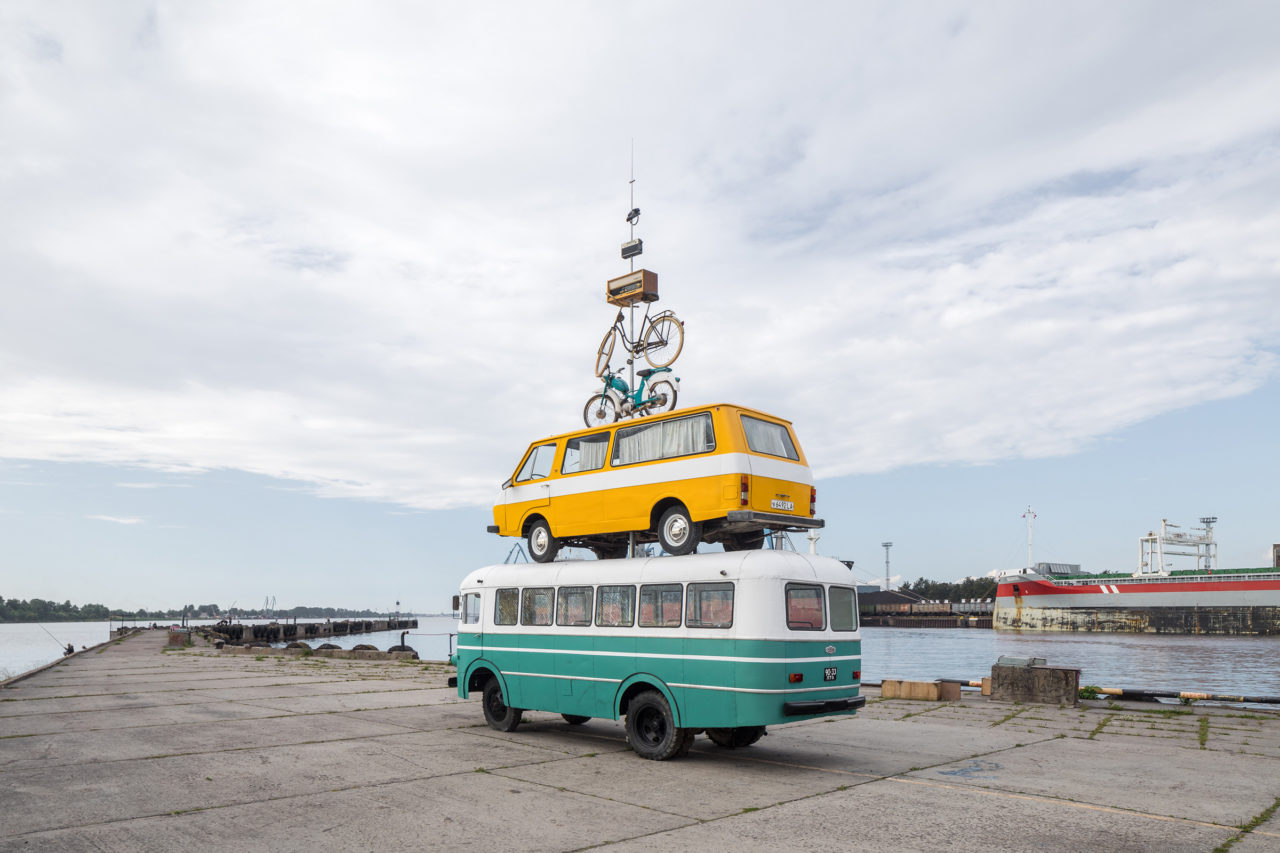 Progress is understood as forward or onward movement towards an improved or more advanced condition, generally assumed to be for the better. As such, it is frequently used to sugar-coat evolution, its step- sibling. Evolution happens anyway, with or without our interference or even our presence. It is the inescapable force of the future. Progress is the promise that evolution is a good thing, and should therefore be encouraged, stimulated and even speeded up. Bigger better, smaller stronger. New inventions follow one another with increasing speed, generally shrinking in size and in sublime synchronicity. Nanotechnology is the new holy grail, allowing magical manipulation on a microscale with unimaginable implications for the macroscale. Invisible to the human eye, these technologies make believing more important than seeing. At the same time, information and data have replaced matter as the most valuable resource in capitalist society.

'Pinpointing Progress' is a sculpture ‘tower’ that stacks the main modern technological wonders that were produced in Riga, Latvia – one of the industrial powerhouses of the former Soviet Union – and exported throughout the USSR, and even beyond. Following size and (usually) production date, the objects become smaller and smaller, visualising the speed of evolution. A bus, car, moped, bicycle, record player, radio, telephone, camera and a transistor are impaled on a spike like insects in a museum display. Only the smallest item, the transistor, is still being made in Riga. The rest are now obsolete, a part of history. The installation is also a subtle homage to the Latvian version of the iconic sculpture of the Town Musicians of Bremen in Germany. Situated in Riga it is based on a story by the Brothers Grimm in which four ill-treated and worn out animals join forces to escape and find freedom.

'Pinpointing Progress' is a silent monument to both local production history and the speed of industrialised evolution. It preserves the most vital specimens of progress on a spike, saving them for future generations.