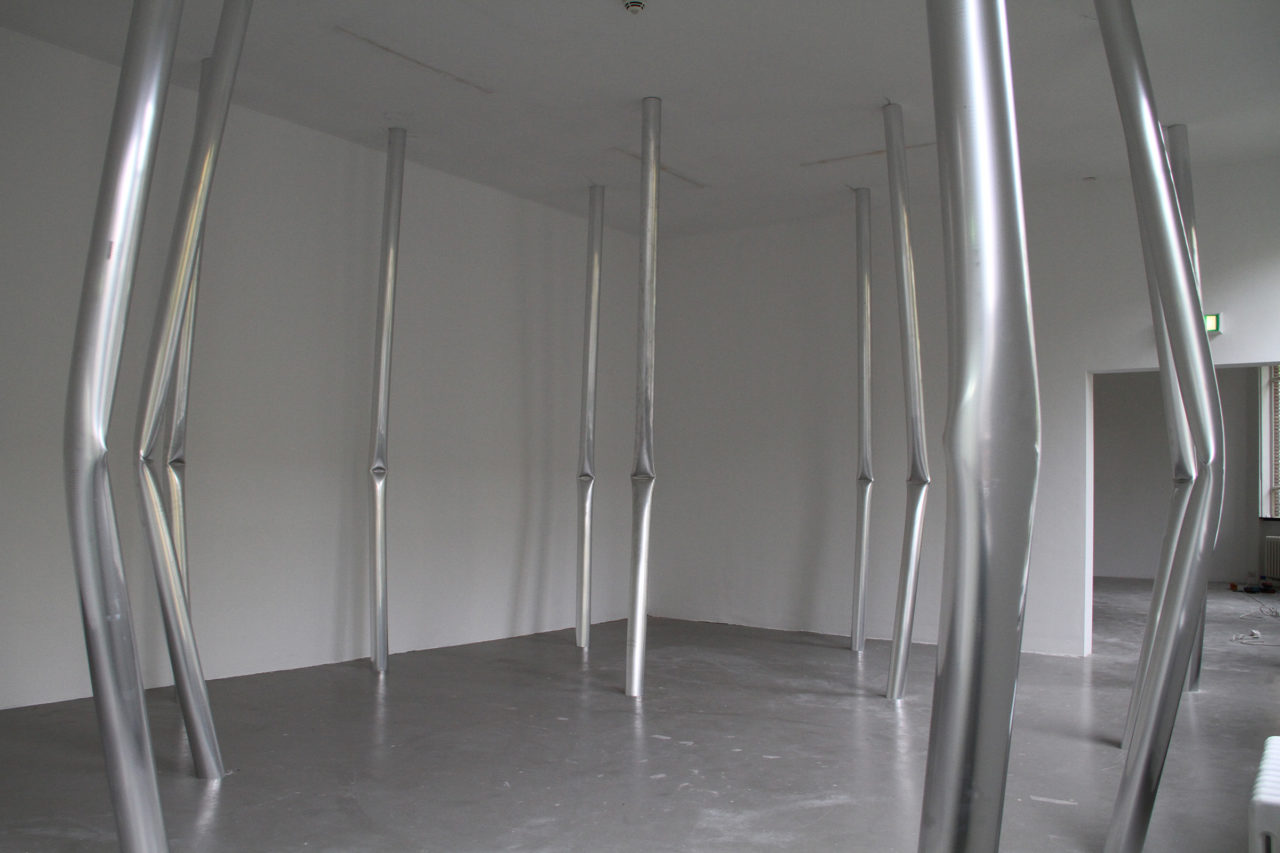 Although more than 95% of the universe consists of dark matter and dark energy, it was only in the twentieth century that these were discovered. And we still know very little about their origin and properties for they can only be detected by measuring the effects of their presence on ordinary matter or other natural phenomena.

'Gravitational Bending' consists of a series of aluminium poles, all bent in the same place. At the centre of the installation dark energy and/or dark matter is contained and condensed. By entering the space the visitor becomes the source of that invisible force. The work was a direct response to a new hypothesis by mathematician Martin Lo, who works at NASA’s Jet Propulsion Laboratory and reached out to help visualise this invisible dark matter and dark energy.