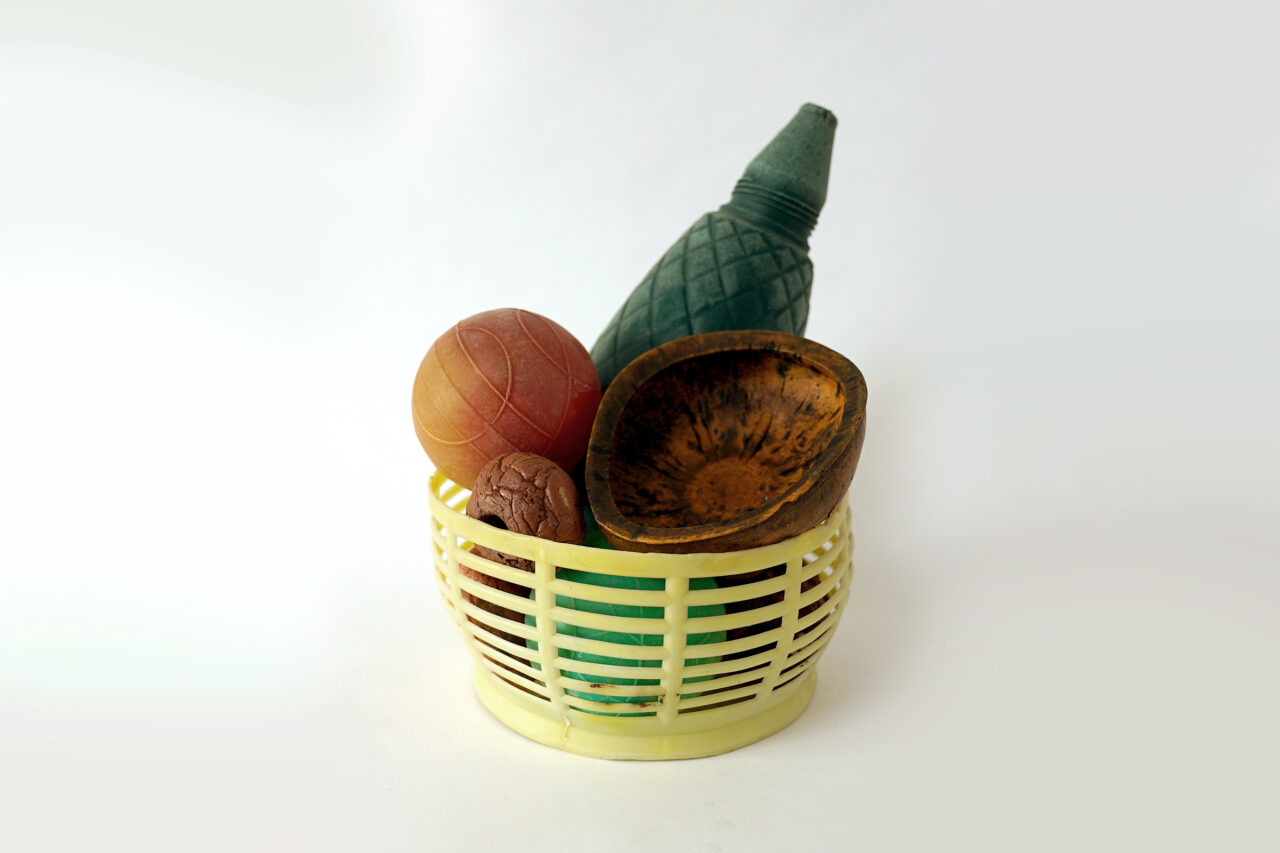 Plastic became the most common surface feature in the oceans by the early 21st century, flooding shorelines and beaches worldwide. 'Frutta di Mare' is a collection of plastic debris fished out of the Gulf of Naples in Italy in 2004 that resemble a specific kind of fruit, like a pineapple, an orange, or a melon sliced in half. A variety of flotsam and jetsam is put together in a plastic basket, equally recovered from the sea.