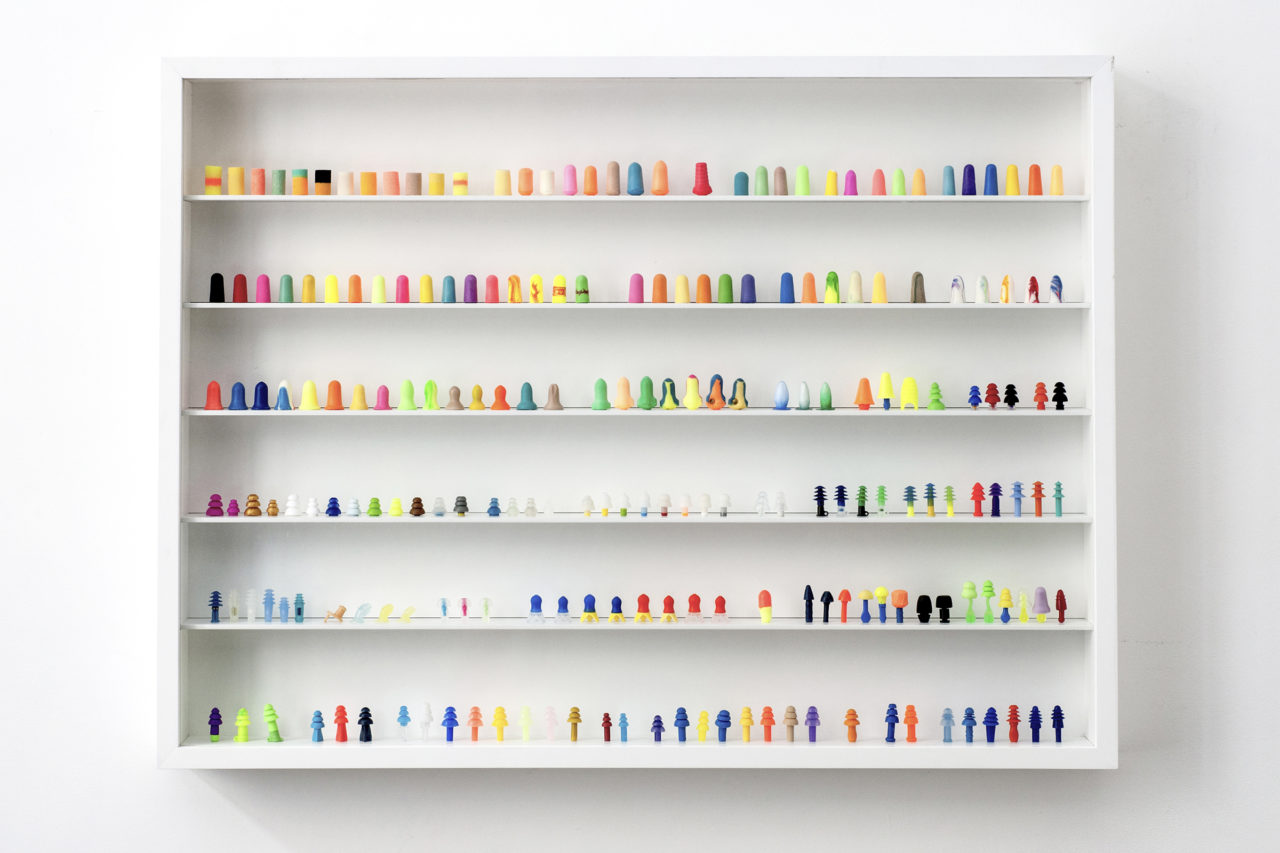 'War on Terror' is a collection of 212 different earplugs displayed in a cabinet, like bullets arranged by calibre. They exist in countless different colours and shapes and are used for a wide variety of activities such as sleeping, operating machinery, playing or listening to music, swimming, flying, hunting or shooting practice. Loud music or noise are commonly used as methods of torture, as is sleep deprivation.

In 'War on Terror' only one of each pair of earplugs is displayed, symbolising the bias and one-sidedness of the common Western view of terrorism and the war on terror that is disseminated via diverse media. In general, people favour hearing one side of a story and are deaf to the alternative and often opposing voice.

The work also alludes to the terror of mass consumption and single use or throwaway items, generating an unprecedented waste disposal problem. And at the same time it confronts us with the endless variety of choice in the consumer culture of the late twentieth and early twenty- first century, for which the earplugs are arguably one of the least known but most symbolic and pertinent items.