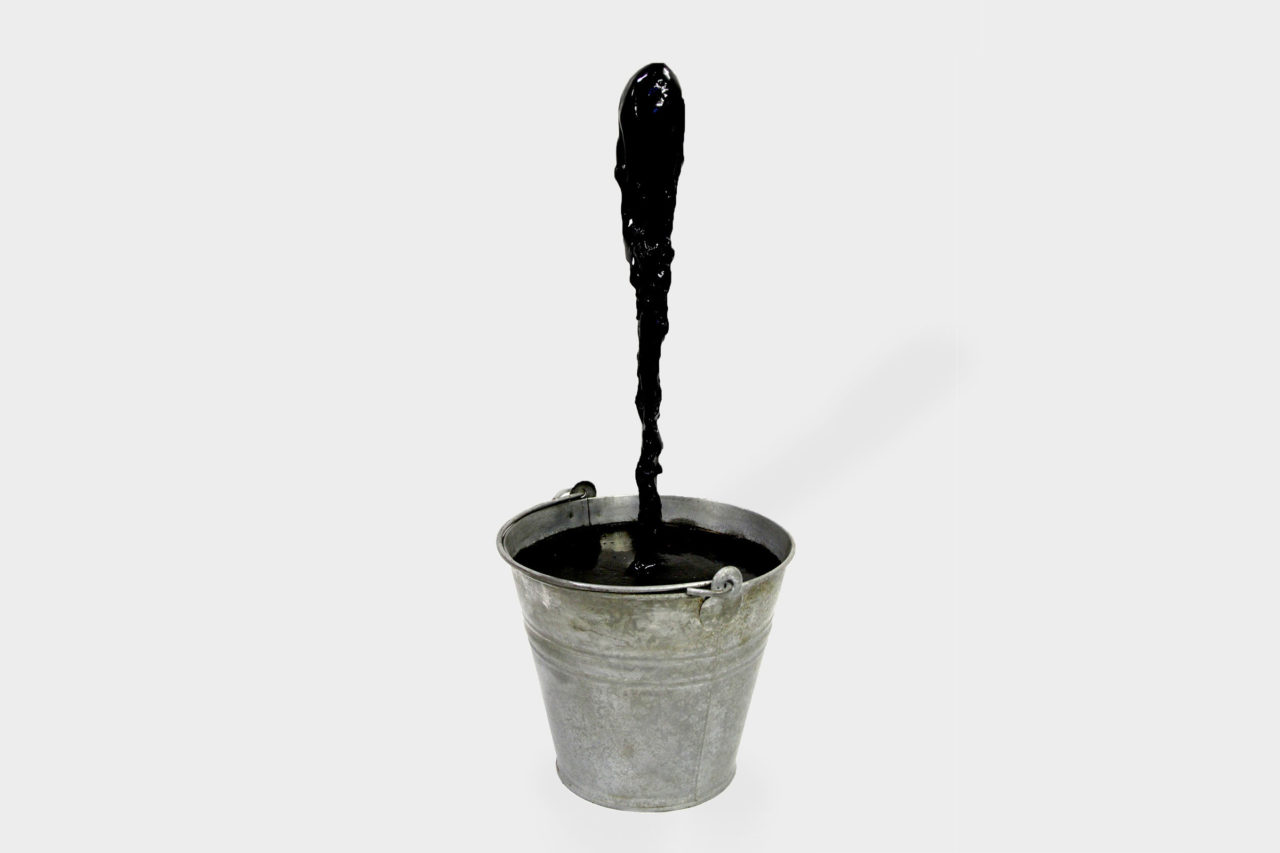 'Oil Bubble' and 'Oil Peak' were conceived in 2006 in Tbilisi, Georgia, where the most severe protests since the 2003 Rose Revolution – which brought about a pro-Western peaceful change of power in the country – were taking place. The Rose Revolution was the result of widespread protests against the flawed results of a parliamentary election. It brought to power a new elected president, Mikhail Saakashvili, who called on fellow countrymen who had left Georgia in previous decades, to return and help rebuild the once prosperous and wealthy country into a modern Western democracy. In 2006, Enough Room for Space, a non-profit artist-run initiative co-founded by Maarten Vanden Eynde, also decided to respond to that call and went to Tbilisi with a group of artists, designers and curators, to explore how a new democracy was being introduced – or rather implanted – and what the side-effects of such an enormous political and sociological shift were.

Ten ‘oil eruptions’ were planted in several locations throughout the city. The one installed in front of the parliament building caused a surprising commotion as the protesting crowd appropriated the work as a ‘black rose’, symbolising the failure of the Rose Revolution. In 2008, a portable unlimited edition was created, making the work available for everyone. In 2010, a series of five eruptions won the Art in the City Award during the contemporary art fair Art Brussels and subsequently the work was made in bronze and covered with black car paint to be placed as a permanent work in front of the Kaaitheater in Brussels.