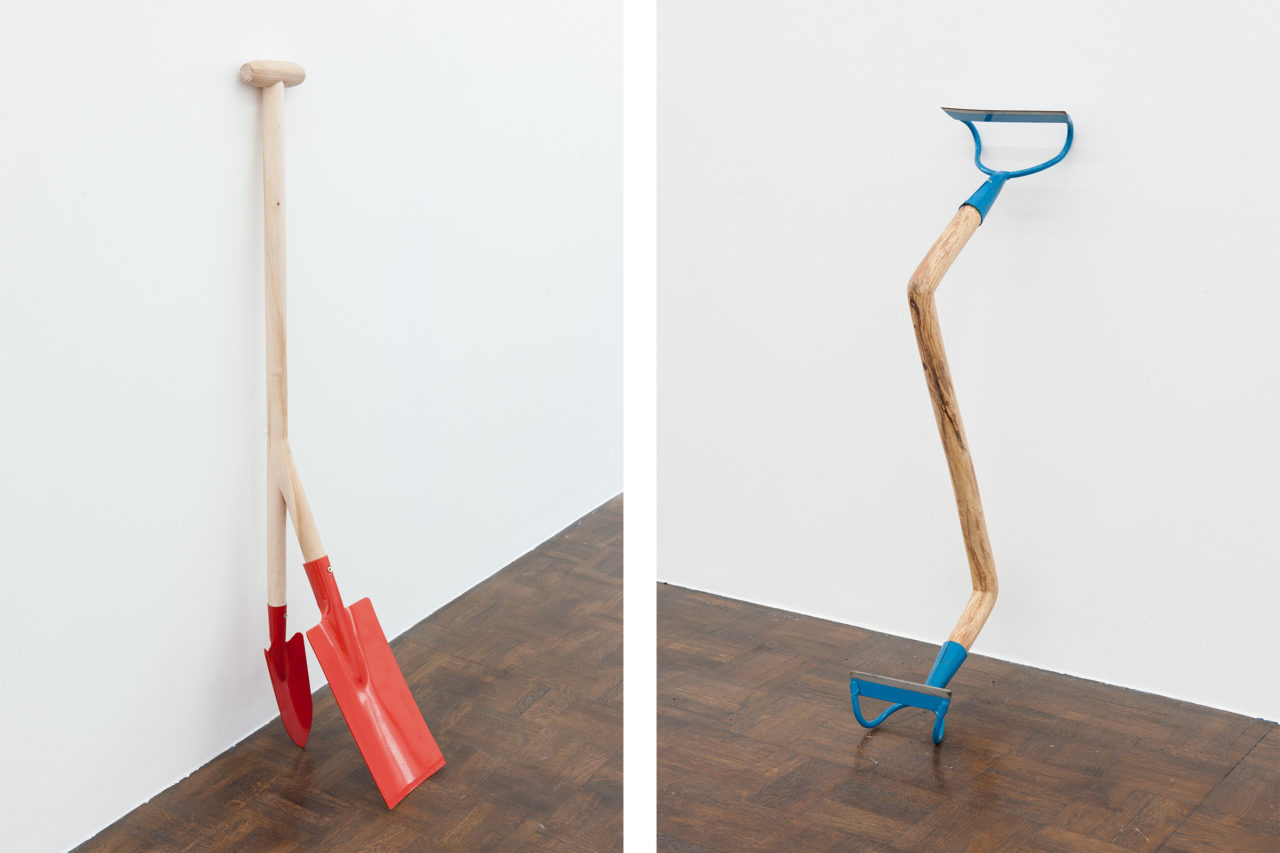 Genetic manipulation became common once the first tests in the 1970s proved that organisms could be engineered. 'Transgenic Tools' combines the concept of grafting, a horticultural technique by which two different plant species are merged, with DNA manipulation of living plants. Garden tools can thus be manipulated into growing smaller copies of themselves, as cultural clones, altering the concept of mass (re)production.