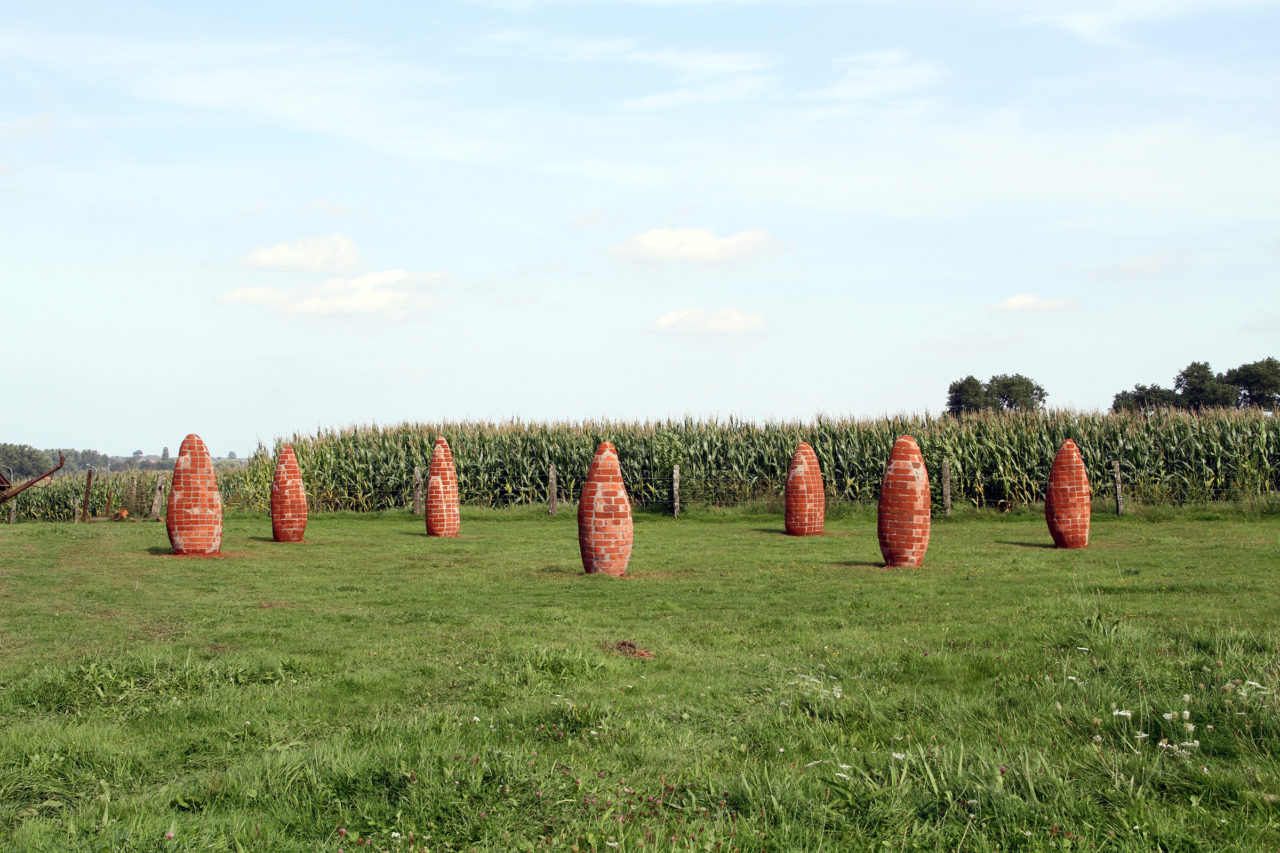 In a future in which man has gone extinct, vestiges of human civilisation will remain around the globe. Over time buildings will crumble and infrastructure will fall into ruin and decay, before being covered by a new geological layer. Some material remains will survive as time capsules or tokens of mass production.

'Modern Menhirs' merges two of the most widely used building materials – bricks and concrete, which date back to around 7000 BCE – with residues of rituals and mnemonic devices. Menhirs are tall upright stones erected in prehistoric times. Referred to as standing stones, orthostats or megaliths, they typically date from the middle Bronze Age (between 1500 and 1200 BCE) and are particularly numerous in western Europe, where they can sometimes be seen in the middle of a field or next to a road, or as part of a monumental group such as Stonehenge in England. 'Modern Menhirs' can be seen as contemporary carriers of knowledge and memory, and as foundation pillars of a structure that once was.