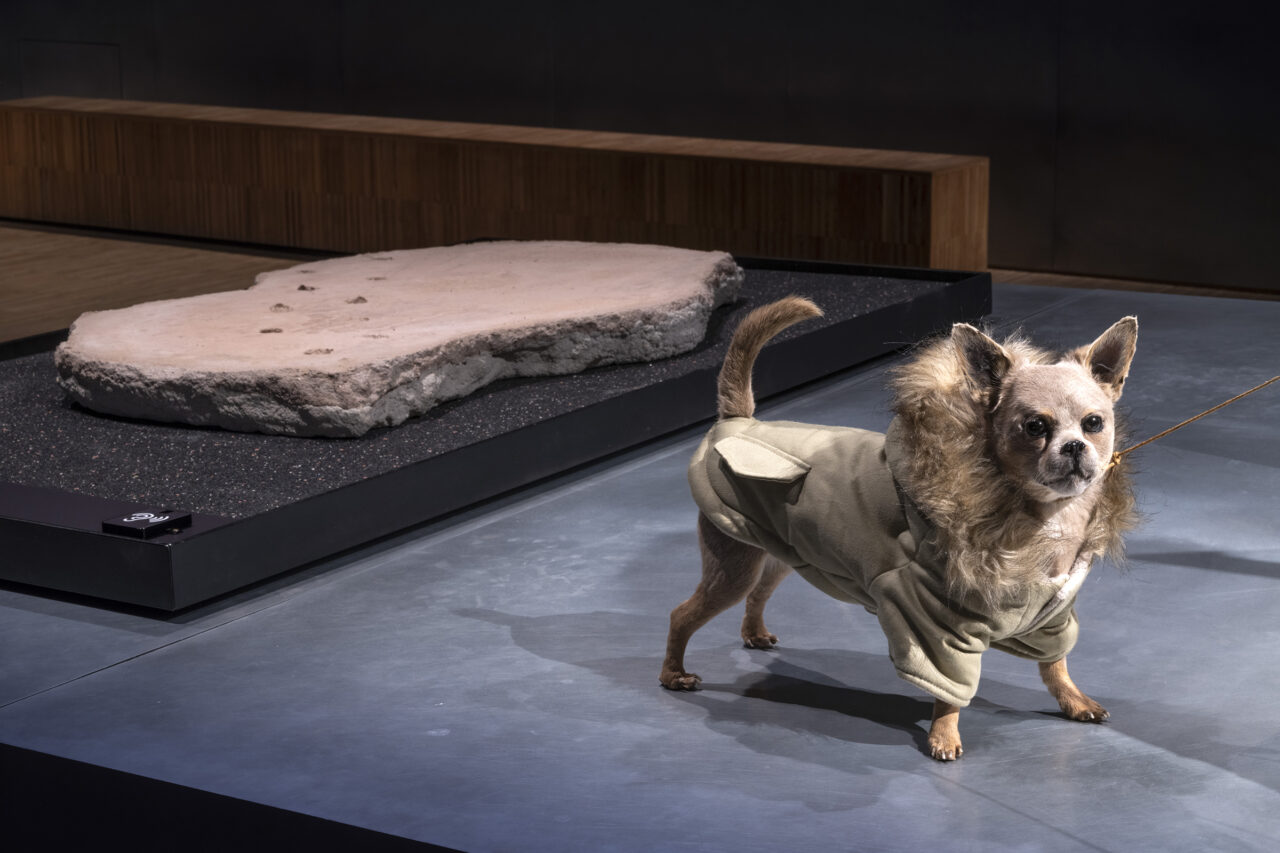 In 2018, a wolf was spotted in Belgium again for the first time in more than a century when She-wolf Naya crossed the Dutch border into the Belgian province of Limburg. Since then, the wolf has not disappeared from the news and its presence continues to stir the imagination. We now know that the wolf was the first wild mammal to approach humans, and was slowly domesticated into the dog that is now, for many, man's most loyal friend. The variety of species is almost inexhaustible through cross-breeding and breeding programmes, of which the Chihuahua is the most extraordinary result and the furthest removed from its original ancestor, the wolf. It has become a familiar status symbol to a host of Hollywood stars, from Britney Spears, Madonna, Mickey Rourke, Marilyn Monroe, Reese Witherspoon, The Rock Dwayne Johnson, Scarlett Johansson, Demi Moore to Paris Hilton, whose Chihuahua named “Tinkerbell” was by far the most famous, wearing clothes from Dior and Louis Vuitton and owning a $325,000 doghouse. 'Chihuahua Footprints Discovered!' was an intervention in the collection of Gallo-Roman museum in Tongeren, Belgium and includes both a stuffed Chihuahua attached to one of the custom made dolls that represent prehistoric people, and a slab of concrete in which the same dog left some distinct footprints.