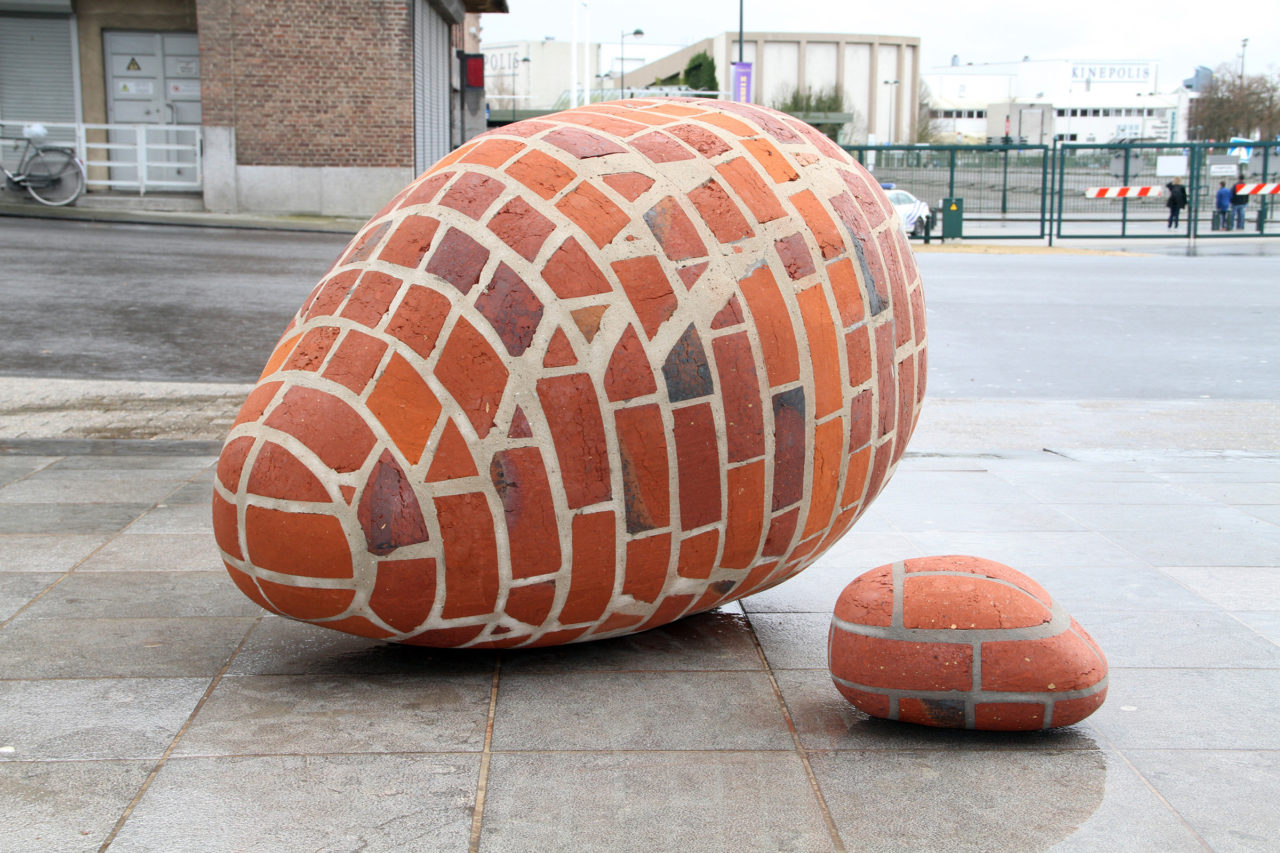 2003 - 2013
Bricks and concrete, variable sizes.
(In the collection of the Municipality of Puurs, Belgium and various private collections)

Naturally formed stones are omnipresent on our planet. They can be found almost anywhere on Earth, in the mountains, the deserts and even the oceans. Homo sapiens sapiens has created two new kinds of stone – brick and concrete – which have gradually taken over the natural environment. Bricks will probably survive us, as they are one of the strongest and longest lasting building materials used in human history.

'Brick Era' is a series of copies of boulders that have been formed by the endless rolling of building debris in a river or on a rocky shoreline. By grinding off the edges the surface becomes smooth and soft, in striking contrast to the structured grid of mortar and bricks.