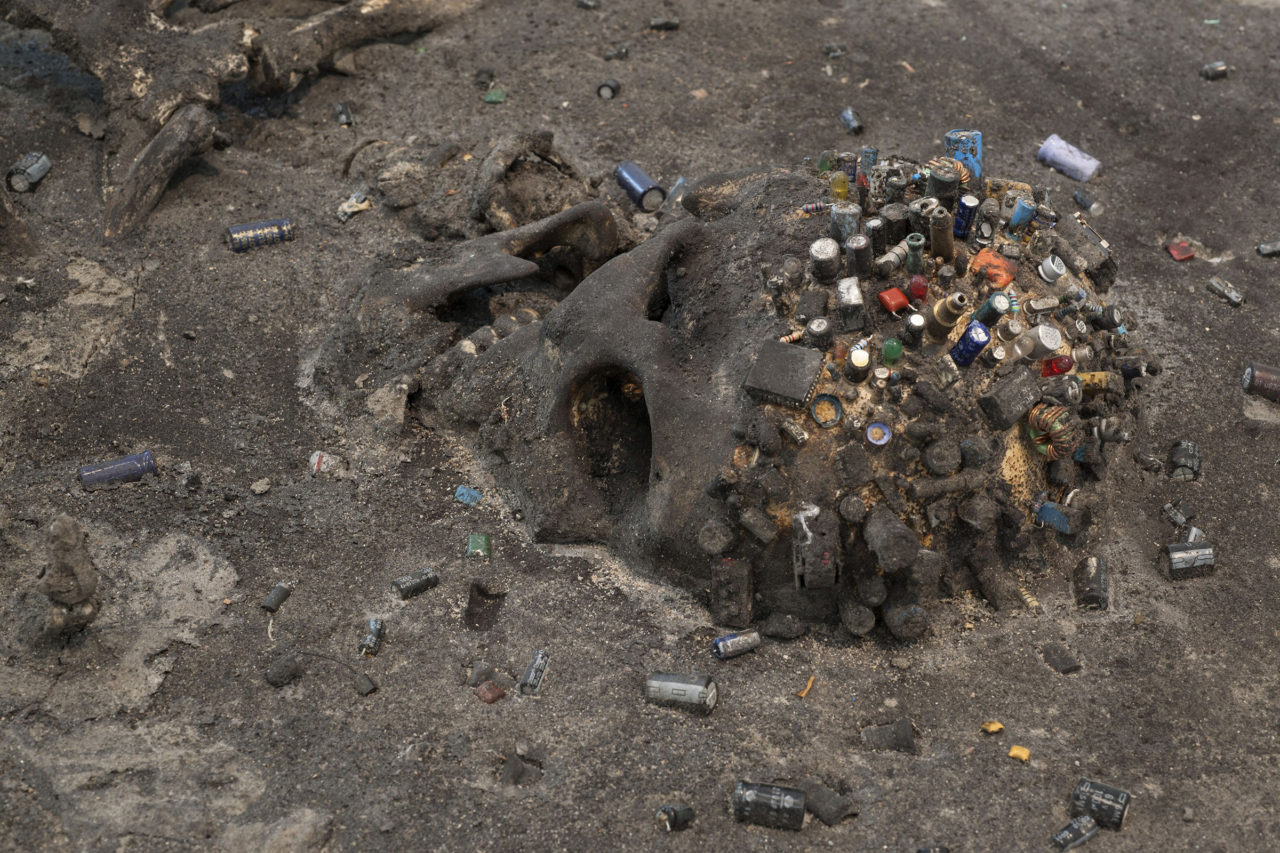 'The Last Human' suggests the last representative of the human race. Two separate currents are flowing towards what Ray Kurtzweil calls ‘the Singularity.’ According to this contested trans-humanist vision of the future, by 2045 artificial intelligence will be able to improve itself and in consequence gain more influence on the direction civilisation and the human race are taking. When DNA computing overtakes conventional silicon-based IT, brain implants will foreshadow the end of Homo sapiens sapiens. Biologically we will become a different species.

'The Last Human' previsions this cataclysmic shift by being made from what can be considered as the final conventional attempt to enhance brain capabilities – old-fashioned computer parts, neatly integrated into a skull, as if they were part of a burial ritual.