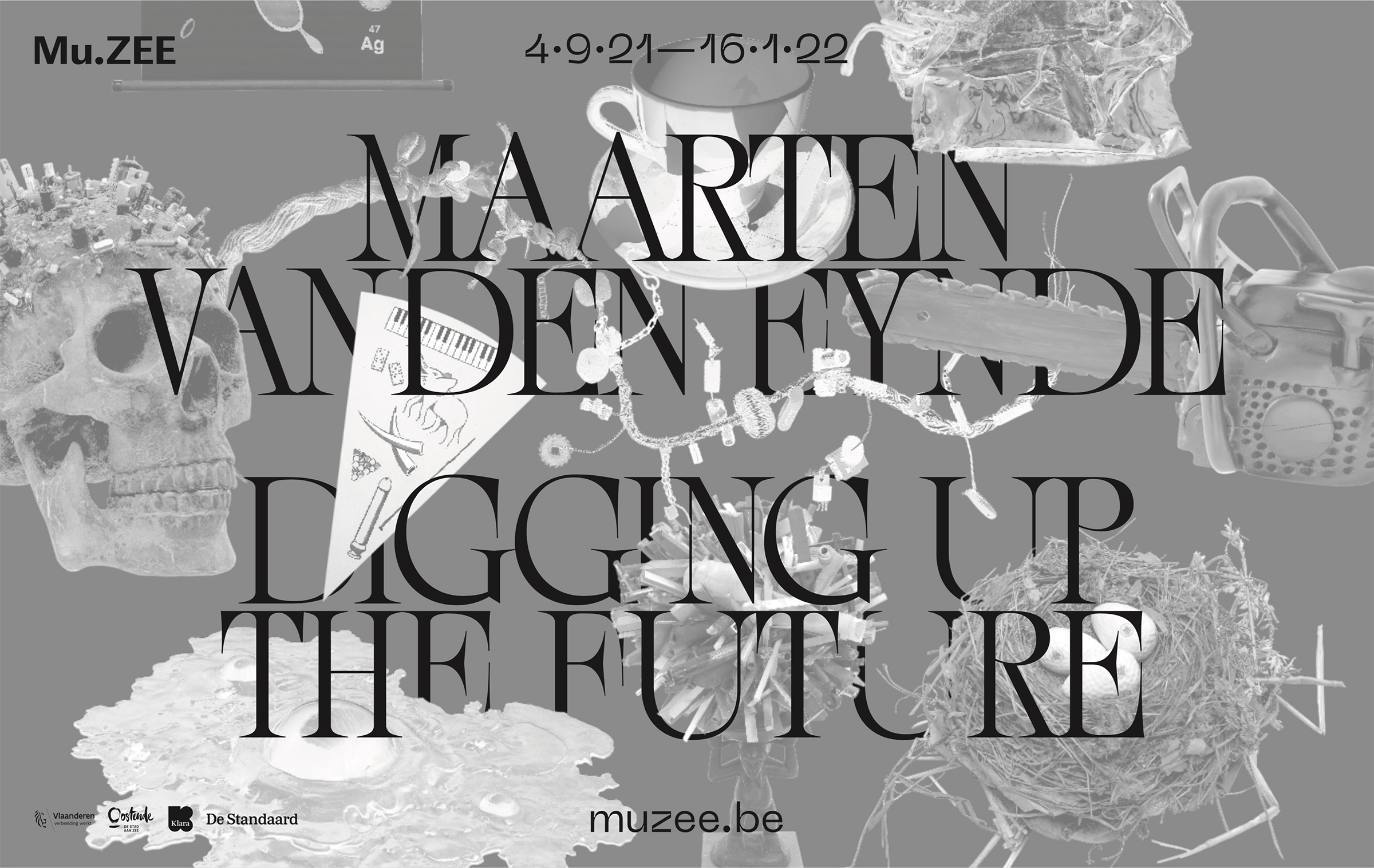 Maarten Vanden Eynde’s work probes the relationship between the economic growth model and the degradation of the Earth. The exhibition and publication Digging up the Future presents his practice from 2000 to 2020, a period that is not just marked by vast technological progress but also by successive crises. The Internet, big tech and social media have radically altered the ways in which we live, work and think. In the meantime, the world’s population and, consequently, its consumption and energy use, have steadily increased, confronting us with the finiteness of raw materials, extreme weather phenomena, an abundance of waste and the loss of the planet’s biodiversity. At the heart of these developments is the human being and the species’ superior intelligence. In the conviction that we are becoming smarter and better, we call ourselves the ‘homo sapiens sapiens’: the doubly-wise human being. The geological term for the era in which we find ourselves is now known as the ‘Anthropocene’, or the period in which our impact upon the climate and atmosphere has become so immense that it poses a substantial threat to the survival of the planet.

Maarten Vanden Eynde reflects on the ecological impact and physical consequences this will have for future generations. From a distant and unknowable future, he strives to look back at what we have created and calls our contemporary lifestyles – with their incessant cycles of production and consumption – into question. What are the implications of our so-called technological and economic ‘progress’ for the future, and in whose interests are we acting? The artist situates the natural sciences and ecological issues within a global and post-colonial context. He sheds light on unprecedented perspectives and processes and collaborates with experts from various disciplines in order to highlight our future detritus and the impact of human activity on the environment. Like an archaeologist, he pieces together past, present and future by analysing objects and materials, probing how the latter are mined, transported and transformed. Inequality and territorial practices are addressed and linked to technological and financial power structures. Are we blinded by the myth of progress and is Maarten Vanden Eynde right when, with a wink, he renames the human being ‘homo stupidus stupidus’?

The exhibition Digging up the Future strongly focuses on mediating the artist's oeuvre. In the form of an audio guide, themes such as natural sciences, ecological and social rights will be discussed in a global and post-colonial context, spoken by experts from different fields including:

Frank Raes (climatologist and founder of The Museum of Anthropocene Technology)

Mireille-Tsheusi Robert (lecturer and author on themes such as decoloniality and feminism, President of the Bamako Association)

Jan Zalasiewicz (geologist at the University of Leicester, UK)

Digging up the Future