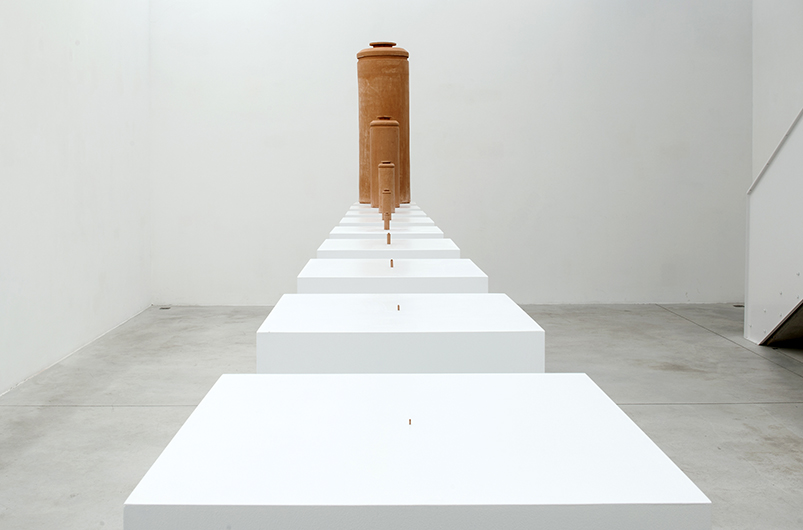 Technological progress will give people more free time. That’s what economist John Maynard Keynes predicted in 1928. Strangely enough, almost a hundred years later, it seems that time is under increasing pressure. If you can’t keep up, if you are slow, you lose. Resulting in restlessness, stress and exhaustion, not only for ourselves, but also for the planet. The Work of Time is an exploration of the relationships between time, knowledge and learning. What does ‘free’ time mean when everything is about efficiency and speed? If machines have already calculated what we think, feel and desire in a fraction of a second, is there any room left for slow human processes such as doubt, dialogue, democracy … imagination? And what happens when we think on a totally different scale, not characterised by increasing speed, but – to the contrary – by extreme inertia. Current problems such as the climate crisis or dealing with nuclear waste require urgent action, but at the same time these issues force us to think far beyond our own understanding of time. The Work of Time is a plea to break away from time as we are used to experiencing it. The artists shift our attention to other dimensions of time such as inner time, biological time, dream time to the deep geological time of the earth. The installations propose a different, more intense experience of time, in which wordless conversations are depicted in sand, machines trigger curiosity, the clock is translated into a space, a film invites to sleep, or in which the concept of ‘deep time’ is represented in forms and stories.

The Work of Time

The Work of Time is an exploration of the relationships between time, knowledge and learning.