Contour Biennale is one of the most easily recognizable, large-scale exhibition platforms in Belgium: a unique initiative engaging with local and international artists who focus on the moving image and its wider representation in installations, sound and performance. The 9th edition of Contour will take on a whole new form.

The projects presented during Contour Biennale 9: Coltan as Cotton are inspired by and relate to the city of Mechelen, its inhabitants and, more broadly, Belgium’s recent colonial history. It also poses more general questions about how to position a biennial, whom a biennial addresses and whether we can find sustainable ways to work on a biennial. The curator, Nataša Petrešin-Bachelez, has designed this edition in phases: a continuum of projects in various formats, in contrast to earlier editions when the biennial ran for 10 weeks. Between September 2018 and October 2019, three major public presentations and several other events will shape the Contour Biennale 9: Coltan as Cotton. These phases will be aligned with the lunar cycle, one of our most natural rhythms, which induces a cyclical conception of time. The title is borrowed from the poem The Bear/Coltan as Cotton by the slammer, musician and poet Saul Williams.

Artists will show newly commissioned films, installations and performances that explore entanglements between the decolonization of structures, mind and history in Belgium (in particular Mechelen), and the need for practices of de-growth and solidarity to be intertwined more profoundly with contemporary artistic practices. Many of the works have been made collectively with residents and organisations in and around Mechelen. During the three phases (in January, May and October 2019), there will also be a programme of talks and debates, including roundtable discussions and workshops led by the artists and invited contributors. 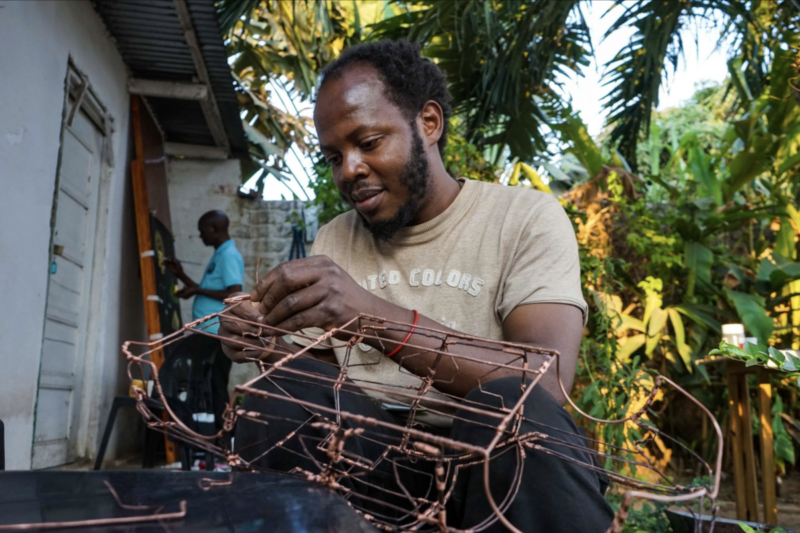 Daddy Tshikaya working on a copper wire scale model of a Tesla X car as part of On-Trade-Off.

Two artist initiatives, Picha and Enough Room for Space, are developing an experimental research project, called On-Trade-Off, that will be presented for the first time during all three public moments of Contour Biennial. To be understood as a collective artistic trajectory, the project looks both at the importance of one specific raw material, called lithium, for the transition into a green and fossil fuel free economy, and the influence its extraction and transformation has on everyone and everything involved, ranging from the miners who take the lightest metal in existence out of the ground, to the produced batteries that power cars, homes and potentially the entire planet.

Using one chemical element (Li3) from the periodic table, allows us to zoom in on particular social, ecological, economic and political phenomena that are present in almost all production processes since the start of triangular trade in the 16th century: inhumane labor during the exploitation and extraction processes of the raw materials, a perpetuated economic imbalance to maintain economic growth, and uninformed end-consumers that are unaware of the afterlife of their purchased wholesale goods. Exposing the whole chain of production around Lithium enables us to connect the (seemingly independent) elements that sustain this recurring disbalance. For each presentation, we will focus on different parts of one storyline that captures this repetitive behavior.

The research follows the trail of lithium, starting from one specific mine in D.R. Congo, called Manono, which probably contains the world’s largest reserve of lithium. Informed by the complex global production process to create ‘sustainable’ energy, the journey continues to the largest single battery in the world, Tesla's Energy Storage System in Australia and other storage devices worldwide. AVZ, an Australian mining company, holds 60% of the Manono Project which has a size off 188 KM2. 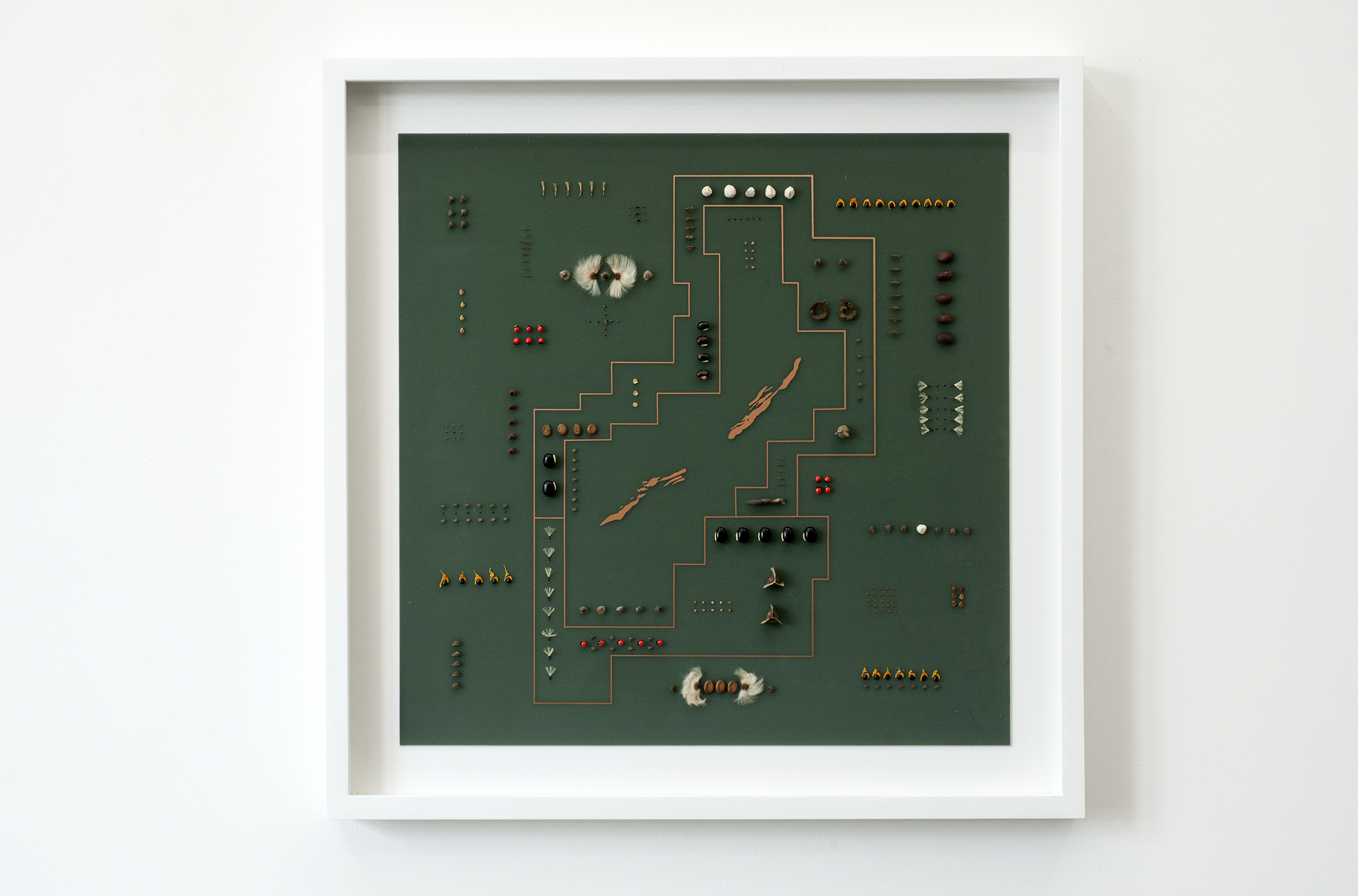 Future Flora: Manono is a combination of a graphic translation in a copper circuit of the largest Lithium reserves recently discovered in Manono, D.R. Congo, surrounded by the outlines of the mining concession of the Australian mining company AVZ Minerals. This map is transferred on a PCB (Printed Circuit Board) and decorated with a wide variety of seeds and grains that are collected in Manono, representing transistors and electrical components. Together they create a Lukasa, or memory board, that was used by the Bambudye within the Luba Kingdom in the Democratic Republic of Congo throughout the 19th and 20th Century, as an archive for the topographical and chronological mapping of political histories, to recollect important people, places and mythical migration routes. The seeds are organised in relation to the graphical outlines of the mining concession and evoke the memory of seed collection, preservation, modification and militarisation. At the same time they function as a back-up plan for rare plant species that sometimes only grow on one specific hill or valley because of the presence of minerals in the soil. They can be used to recreate the original fauna and flora after the mining activities are over.

Coltan as Cotton is a single, drawn-out continuum lasting more than a year, focussing on ecology, inequa­lity, de-growth, solida­rity and racism as major themes through films, instal­la­tions and perfor­mances.